A Lesson in LARRY CROWNE

Over the weekend, the network TV news reports were full of heartache and pain. We were getting updates on the tragedy and terror that befell New Zealand. Pure evil attacked Muslims as they prepared to pray in Friday services. I hate that hate touched their community.  Saturday evening, I felt that I needed to watch something else to calm me down.  I found a Tom Hanks and Julia Roberts movie playing on one of the cable channels. It was the 2011 movie, LARRY CROWNE. In this light drama/romance, Hanks played a once-successful and well-liked corporate executive whose life changes drastically when he's downsized to the unemployment line. On the road of life, he hit a major pothole. To pull himself out of it and start over, he enrolls in a community college. Julia Roberts played a teacher. Romance ensues. 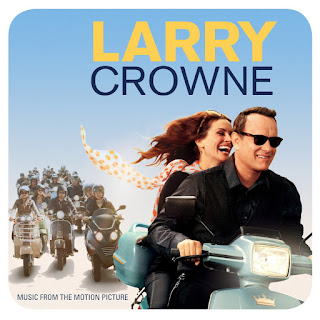 Tom Hanks is my favorite working actor. When he releases a new film, I usually put that film on my immediate "must-see" list. But, I never did see LARRY CROWNE. Why? Because, just like Larry, I'd been downsized, I couldn't find a new job, my unemployment ran out, I lost my apartment and most of my belongings in it, and I embarked on a long phase of living with different friends in other areas while I tried to start my life over. This happened with LARRY CROWNE opened and I had relocated to job hunt in San Francisco and Sacramento. Of what I saw of the movie over the weekend, I knew just how Larry Crowne felt. 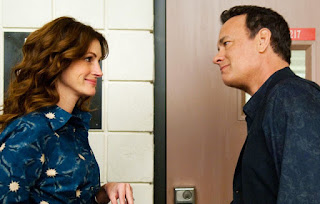 I missed the first hour of the movie.  For the two lead stars, LARRY CROWNE was not a big box office hit like his SLEEPLESS IN SEATTLE and YOU'VE GOT MAIL or her PRETTY WOMAN and ERIN BROCKOVICH. It's not a great film, but it is quite entertaining and enjoyable. It made for the perfect Saturday evening emotional pick-me-up that I needed.

I noticed an actor in the group playing community college students. With his teacup saucer-sized expressive eyes, I noticed him working on a car and then happily darting away from under the hood when he sees that a pizza delivery guy has arrived. In a classroom scene, he's the student who has to do a class presentation on British Prime Minister Benjamin Disraeli and, during his presentation in front of the class, he refers to notes that he wrote onto the palm of his hand. It's a small role this young actor had.

If, during a lunch break on the set of LARRY CROWNE, someone went up to that unknown actor and said "Within ten years, you will get a great part on a TV drama series and then, just like Tom Hanks and Julia Roberts, you will win an Oscar," what do you think he would have said? 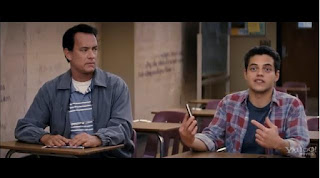 That actor is Rami Malek.  Last month, he won the Best Actor Oscar for his performance in BOHEMIAN RHAPSODY. He played late, gifted, rock star Freddie Mercury. The Queen rock band biopic has made $880 million worldwide. 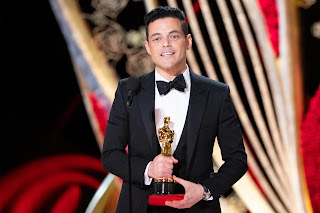 The lesson? It's true what they say. There are no small parts, only small actors. The other lesson is -- don't give up. Stick with it, commit to the work and do your best. You never know what might happen. The Freddie Mercury role in BOHEMIAN RHAPSODY was slated for BORAT star, Sacha Baron Cohen. But he dropped out.