Millions of us have seen and been terrifically entertained by actor Victor Garber.  I bet a lot of you don't realize just how long he's been giving us memorable performances.  Remember the movie version of GODSPELL back in 1973?  He had the lead role in that.  In my New York years, I've seen Victor Garber on Broadway, on television and on the big screen.  I even sat directly behind him once at movie screening on 19th Street in the Flatiron District. I didn't bother him, but his charming personality as he chatted with friends made me smile.  Today, March 16th, is his birthday. Victor Garber is in a prime example of why I preferred working on the entertainment side of show business versus working on TV news programs.  Why? Because some TV news producers who were my bosses proved to be unimaginative. Victor Garber has done stand-out work in hit movies. Some of them are SLEEPLESS IN SEATTLE, THE FIRST WIVES CLUB, LEGALLY BLONDE and MILK. He had key supporting roles in two films that won the Best Picture Oscar -- ARGO and TITANIC. 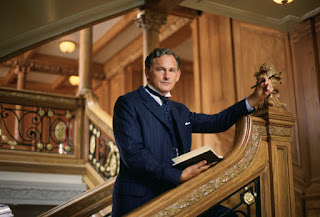 Let me tell you how one former boss of mine sank a great possibility regarding TITANIC and Victor Garber. 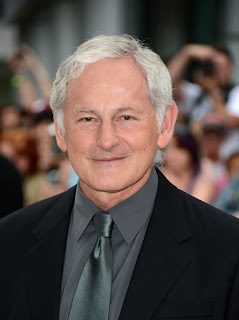 I was a regular on a Fox5 morning show called GOOD DAY NEW YORK. I love covering entertainment and doing fine arts interviews.  I got a press request from the publicist of an upcoming off-Broadway show that would be in a limited run. Theater people are always grateful for airtime, especially in they're in off-Broadway productions, because big star-studded Broadway shows are the ones that usually hook TV attention. I saw that Victor Garber was the lead actor in this off-Broadway show and he was available for in-studio interviews.  I contacted the publicist to see if he'd be available on one specific morning. I wanted to pitch him to my boss. I wanted to interview him in-studio for the 8:20am segment and then ask him to stay over for the next half-hour on that specific morning.  Why? Because at about 8:40am that morning, the Oscar nominations would be announced live -- and Victor Garber was in the movie TITANIC.

The buzz was that TITANIC, which many critics predicted would be a huge flop, would rack up as many Oscar nominations as 1950's ALL ABOUT EVE, the classic film that held the Oscar nomination record of 14.

Can you see how my idea would've worked? Have Victor Garber on to talk about his off-Broadway show. Invite him to stay so he could watch the Oscar nominations announced on our TV in the studio and then have him on again live for immediate reaction. By the way, TITANIC did match ALL ABOUT EVE with 14 Oscar nominations.  A box office blockbuster, the film many thought would sink soon sailed off with the Oscar for Best Picture.

My boss nixed the Victor Garber interview idea. The sales department had taken on a new midtown Manhattan gourmet soup shop as a client. So my boss wanted me to do a liveshot from that shop for its grand opening. I guess I don't have to tell you that, at 8 o'clock in the morning, most New Yorkers don't want soujp. Coffee and a bagel, yes. A bowl of corn chower, no.

At 8:20am, I'm on live TV vamping and improvising because no one is buying soup and I've got to make my man-on-the-street segment work. In the next half hour, the Oscar nominations were announced and our show cut live to the Academy for the big Hollywood news. During the nominations, I'm told from the control room that the non-celebrity guest scheduled to be in the studio for that half hour had to cancel.

So they asked me if I could fill for about 5 minutes talking about -- the Oscar nominations.

I, of course, did. But we could've had such a sweet, exclusive live segment with TITANIC star Victor Garber -- if it hadn't been for soup.