If You Saw GREEN BOOK

The reviews of GREEN BOOK from white critics were practically love letters. You just knew it was destined to be an Oscar nominee for Best Picture. Which it is. Based on a true story, the relatives of the black classical musician portrayed by the remarkable Mahershala Ali told some members of the press that the screenplay -- written by a relative of the white driver portrayed by Viggo Mortensen in the story -- was not as historically accurate as, say, some other movies that starred Viggo Mortensen.  Movies like THE LORD OF THE RINGS: THE TWO TOWERS and THE LORD OF THE RINGS: THE RETURN OF THE KING.  You know the story of the film. An accomplished African American musician in New York City books a few concert dates in the bigoted Deep South in the early 1960s. As many black folks did at the time, he consults The Green Book travel guide for getting black motorists safely through the Jim Crow South. He hires a driver, a man who happens to be a bigoted Italian who uses racial slurs before they meet.  He's so racist that, when two black laborers do a repair in his home and are offered a drink of water, he throw the glasses they used in the trash. This New York City odd couple winds up bonding on a long road trip through the segregated South. 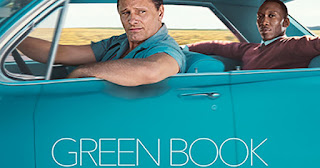 GREEN BOOK is the feel-good movie in which director Peter Farrelly attempts to bring about racial harmony and understanding by making you laugh at a scene where a college educated black man reveals he's never had fried chicken.  This is funny because … well, you know....ALL us black folks LOVE fried chicken! The articulate musician is introduced to the joys of eating fried chicken by the lovable racist Italian. The driver is such an ethnic stereotype that he makes the Italian waiters singing "Bella Notte" to the two spaghetti-eating dogs in Disney's LADY AND THE TRAMP seem Anglo-Saxon. 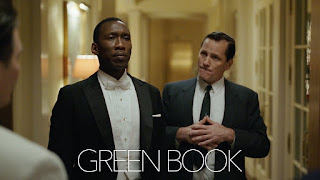 With that in mind, please watch this comedy short from Seth Meyers.  Just click on the link:

Seth, Seth, Seth. If that was a short theatrical feature, I'd give it an Academy Award. Tell the writers and all the actors in it that they're absolutely fabulous.  Now let's all see what happens at the unpredictable Oscars Sunday night.