It's now on Netflix.  WORLD TRADE CENTER was a 2006 release directed by Oliver Stone.  You can probably tell from the year of its release and the title that it's a drama based on the September 11th attacks in which New York City's World Trade Center was a target.  Stone's movie focused on first responders.  It salutes the NYPD and New York firefighters. 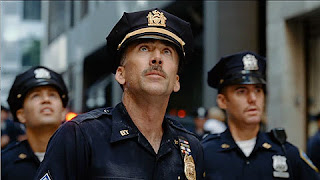 Nicolas Cage, the star of the film, played a Port Authority police officer. 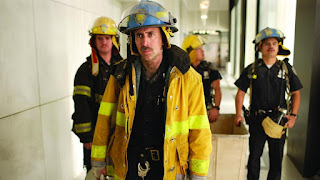 World Trade Center doesn't rank as one of Oliver Stone's peak films like Midnight Express, Platoon, Born on the Fourth of July and JFK.  But it's worth a look -- especially for a bit player.

I was the weekly film reviewer on Whoopi Goldberg's national weekday morning show the year World Trade Center came out and I reviewed it.  During the movie, there's a hospital scene with a mother.  The actress who played the mother just knocked me out.  She made me sit forward in my movie seat.  She was so raw, so real in that performance. She played a flawed person with a flaw we could recognize because she reflected a way we've probably all treated a loved one at some time.  She was a highlight of the movie and she wasn't even onscreen probably more than five minutes.  Her dialogue as the mother hit you right in the heart with such power than I purposely stayed through the closing credits to see who the actress was.  Near the near end of the credits, I saw "Mother in Hospital.........Viola Davis." 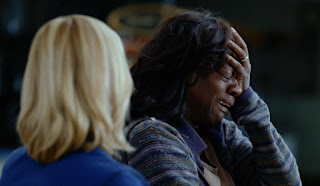 In 2008, that same acting excellence made a scene opposite Meryl Streep one of the highlights of Doubt.  She wasn't a bit player in Doubt.  She had a key supporting role as the conflicted New York mother of a little boy in Catholic school.  Her performance earned her an Oscar nomination for Best Supporting Actress. 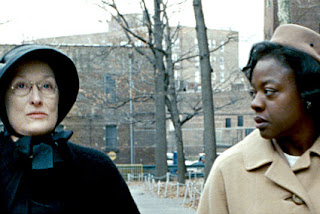 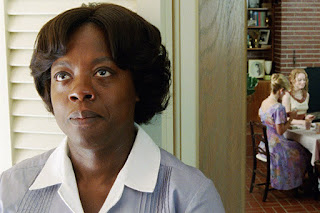 More excellence got her a Best Actress Oscar nomination for 2011's The Help in which she played a maid in the deep South during the civil rights era of the 1960s.  And there's her Emmy-winning work as the lead character and star of the hit ABC legal drama series, How To Get Away With Murder. 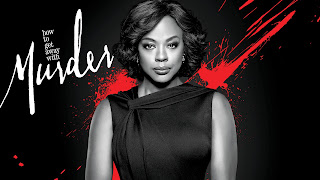 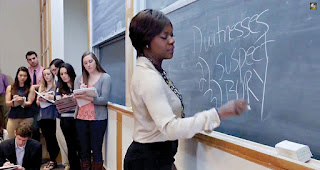 I've said it before and I will say it again: I believe that Broadway, film & TV actress Viola Davis will make Hollywood history as the first black actress to get more than two Oscar nominations for her screen performances.  Right now, she and Whoopi Goldberg are tied at two each.  No black actress has more than two Oscar nominations to her credit.


When World Trade Center was over, I felt that Viola Davis' bit part was easily one of the most memorable things about the movie.  Watch it and see if you agree.  She is extraordinary. 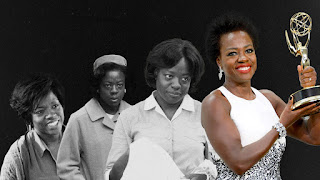