Try a Taste of TANGERINE

I first heard about this indie film on NPR's weekday show, Fresh Air.  What hooked me into interview with the filmmaker was hearing that TANGERINE was shot with three smartphones.  My interest increased when I heard that it was shot in the non-red carpet Hollywood area of my hometown, Los Angeles.  The streets in this movie are streets I recognized as a native, working class Los Angeleno who took the bus.  I watched TANGERINE on Netflix Saturday night.  Lord!  It is one lively, vibrant film.  Funny, sad, vulgar, touching and very well-acted.  TANGERINE takes you to some Hollywood streets you don't usually see in movies for a raw slice of life.  The movie may be low-budget but it's big on vitality and talent in this tale of two transgender friends, both hookers, trying not to have a hard candy Christmas. 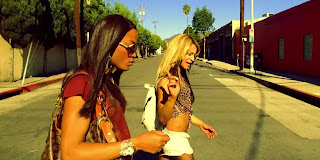 It's Christmas Eve in L.A.  That means sunshine and folks wearing shorts.  The two friends, Alexandra and Sin-Dee, are catching up when we meet them.  Sin-Dee, a fascinating hot mess who just did 28 days behind bars, is out and positive that her pimp/boyfriend has cheated on her.  Sin-Dee is determined to track that other woman down and get her revenge.  Alexandra, the sensible friend who got herself booked to sing in a club that evening, wants to concentrate on getting folks in the audience for her show.  But Sin-Dee's drama will throw a major tinsel-wrapped monkey wrench into Alexandra's day and finances. 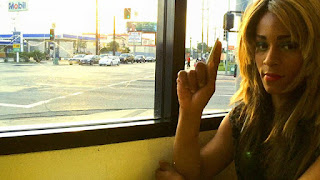 Sin-Dee is a motor-mouthed hooker who will break you up laughing when her temper flares up.  Think of Barbra Streisand as Doris in the 1970 film version of Broadway's The Owl and the Pussycat.  Kitana Kiki Rodriguez plays the volatile and blonde-ish Sin-Dee.  Mya Taylor plays the more self-controlled Alexandra.  You really feel as though you're watching two longtime girlfriends try to help each other through a less-than-holly jolly Christmas Eve.  Add to the mix an Armenian cab driver (played by Karren Karagulian) who's hip to the Hollywood streets and knows what blocks the transgender girls usually work. 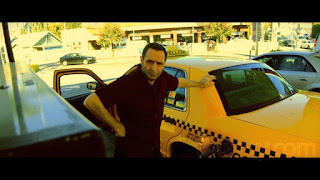 This is a comedy/drama.  The two actresses have chemistry together and fabulous comic timing, especially in scenes that will make you laugh and gasp "Oh, no she didn't!"  We also see that these two friends are misfits within a group of misfits.  They could be the objects of abuse on the streets simply because they are transgender and not "straight" hookers.  We connect to Sin-Dee and Alexandra because, after you shake it all out, they just want love and validation and the ability to earn a living -- like most of us do.  There are sexual encounters in TANGERINE but the sex scenes are not graphic.  The frustrating time that Alexandra has with a trick in the front seat of his car when she's really low on funds made me do a DTST (Danny Thomas Spit Take) with my beverage.  It was just so wrong...and oh, so funny. 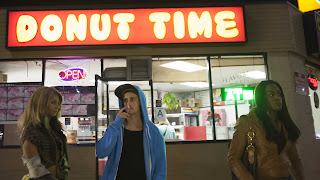 The quieter moments in the film, and there are a few, are quite tender and underline the talent of the two unknown, lead actresses.  Reportedly Sean Baker, who is the film's director and screenwriter, discovered the two unknown actresses at the Los Angeles LGBT Center.  It would be a shame if Hollywood had no future work for these two talented performers simply because they're transgender. Kitana Kiki Rodriguez and Mya Taylor each earned several acting nominations in the independent film awards circuit.  Here's a TANGERINE trailer -- for mature ears only.

Here's something for classic film and TV show fans.  Razmik, the Armenian cab driver, has several characters in his backseat during a typical work day.  One customer is a boozed up senior citizen yammering on about his Cherokee name.  That actor is -- Clu Gulager.  When we baby boomers were kids, Clu Gulager was a popular face seen regularly on network TV westerns like The Virginian in addition to modern day drama and cop shows.  He has an extensive list of TV credits and is a definite Hollywood veteran. 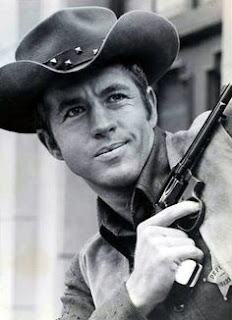 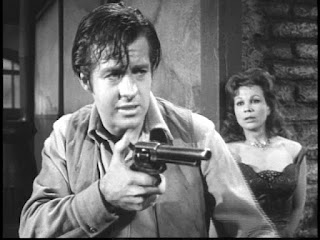 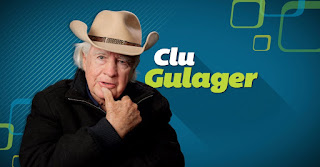 On the big screen, Clu Gulager was one of Lee Marvin's sunglasses-wearing henchmen in 1964's The Killers -- a crime story starring Ronald Reagan as a bad guy who slaps Angie Dickinson -- and Gulager played the lover to Ellen Burstyn's character in 1971's The Last Picture Show.

TANGERINE was a hit at the Sundance Film Festival and had a limited national release last summer.  I saw it on Netflix.  I recommend taking a walk on the wild side with Sin-Dee and Alexandra on Christmas Eve.  See what happens when Sin-Dee tracks down Chester, the pimp who broke her heart.  Make it a double feature night and follow it with Kiss Kiss Bang Bang, the highly entertaining 2005 crime thriller from Shane Black that has an openly gay detective on the case of a Christmastime murder in Hollywood.  That one stars Val Kilmer and Robert Downey Jr.

Director/writer Sean Baker deserves big applause for taking two unknown actresses and guiding them through solid performances that pop impressively on the big screen.  Rated R and running only 90 minutes, I enjoyed TANGERINE very much.