Judy Garland, Just Right for A STAR IS BORN

George Cukor's masterful 1954 remake of A STAR IS BORN.  This marked the triumphant screen comeback of Judy Garland after a film absence following her 1950 heave-ho from MGM after 15 years of service.  The star of The Wizard of Oz, For Me and My Gal, Meet Me in St. Louis, The Clock, Easter Parade and Summer Stock was the heavyweight Hollywood studio's top female triple threat entertainer.  She could sing, she could dance and she could act.  A Star Is Born, a Warner Bros. production, tapped into the actress' dramatic depth and talent to a degree that MGM hadn't.  Cukor combined big Technicolor musical numbers and a hard dark edge that showed what could be glamorous and grotesque about Hollywood stardom. The heartbreaking musical drama, which was just as good if not better than the classic original, brought Judy Garland a very well-deserved Oscar nomination for Best Actress.

It was her second time playing Esther Blodgett, the sweet young lady who becomes movie star Vicki Lester after being discovered by the fading and alcoholic movie star, Norman Maine.  Those two will fall in love.  Garland did an abridged radio play version of the 1937 film in 1942.  Like the original movie, there were no songs in it.  Actor Walter Pidgeon starred as Norman Maine.  That was around the time moviegoers saw Judy sing and dance with Gene Kelly in For Me and My Gal.  She was MGM's top young musical star.  The George Cukor remake not only brought Garland an Oscar nomination, James Mason got a Best Actor nomination for his brilliant performance as Norman Maine, Esther's mentor and the love of her life who will become "The Man That Got Away."

For Garland's version of the movie, Esther -- unlike in the famous 1937 original -- was now a singer with a band who's discovered by movie star Maine.  Her quick thinking saves him from public humiliation and bad publicity during a Hollywood benefit gala.  He tracks her down to an after hours club where she's singing with all her heart and soul for just herself and the boys in the band.  He's dazzled by her star quality, a quality she doesn't realize that she has.

During this year's February salute to the Oscars by airing movies that were Oscar winners and Oscar nominees, TCM aired 1954's A Star Is Born in which Judy Garland introduced the Best Song Oscar nominee, "The Man That Got Away."  A TCM viewer wrote on Twitter that Garland was too old for the role. Garland was 31 in 1953 when she making Cukor's A Star Is Born. 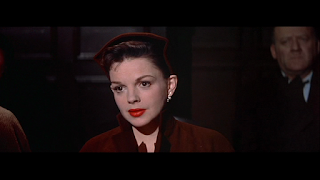 Name three female Hollywood stars in their 20s who could've matched Garland's legendary singing power, her acting skills and dancing ability in the role of Vicki Lester.  Go ahead.  Name two.  Name one.

As much as I love him as the veteran host and film historian on TCM, even Robert Osborne made that same comment about Judy's age once to a guest co-host.

Here's what you should know:  Janet Gaynor was a major star of the silent era and had success in the sound era.  One of those successes was William Wellman's A STAR IS BORN.  In the original, Esther Blodgett leaves some dream-crushing relatives in Heartland America and, with the encouragement of her loving grandmother, heads to Hollywood to pursue her dreams.  She meets boozy Norman Maine at a Hollywood party where she's the hired help and serving food.  He discovers her, they fall in love, they marry and her film career eclipses his as he continues to drink.  Gaynor was already an Oscar winner for two of her silent film classics.  A Star Is Born brought her another Best Actress Oscar nomination.  Co-star Fredric March got a Best Actor Oscar nomination for his work as Norman Maine. 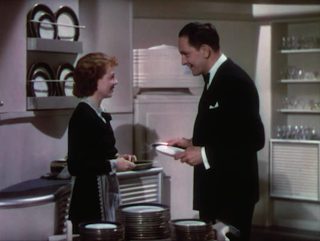 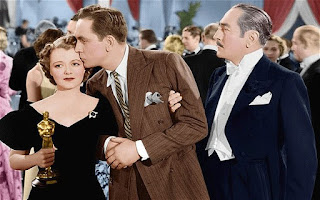 You say that Judy was too old to play Vicki Lester in A Star Is Born because she was 31? 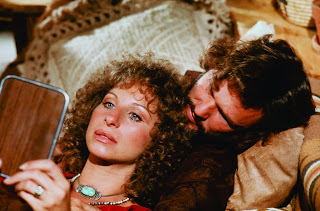 Barbra Streisand was the oldest actress to play Esther.  She won an Oscar for this film.  Not in the acting category.  She co-wrote the movie's "Evergreen," winner of the Oscar for Best Song. 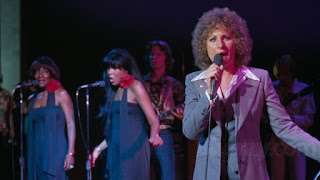 Judy Garland's voice had grown richer and fuller since her departure from MGM.  Her rendition of "The Man That Got Away" is riveting, galvanizing and truly phenomenal -- as is the rest of her performance.  Her real life age was just fine for that role.

So the next time a guy makes that remark about Judy's age, tell him that she and Janet Gaynor, the original Esther Blodgett/Vicki Lester, were about the same age -- and they were both younger than the third Esther, Barbra Streisand.

Judy Garland is the TCM Star of the Month for April.  Her films will be in the spotlight every Friday on Turner Classic Movies.  A Star Is Born airs April 29th.