"Pop it in your mouth.  You're good."  You'll hear that from a popular TV sitcom mom.  Patricia Heaton is now in the Food Network roster of daytime on-air talent. 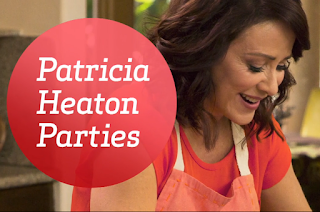 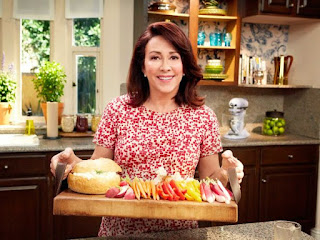 When we see her as the overwhelmed Midwestern mom  on ABC's The Middle, her kitchen is more a minefield than a source of culinary delights. 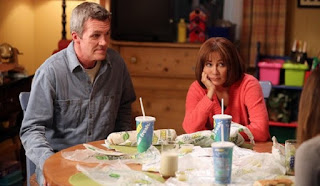 I watched Heaton make Cleveland Stuffed Potatoes and Sloppy Joe Pockets.  Nothing fancy, but they'd please guests at a party in Milwaukee or Santa Monica, California.  Heaton fixed Sloppy Joe Pockets and Cleveland Stuffed Potatoes for a football party.  Why Cleveland?  That's her hometown and her father was a sportswriter.  Think of her other sitcom hit, Everybody Love Raymond starring Ray Romano as a sports columnist.

Heaton has a breezy, engaging presence that works well for Food Network.  She entertains friends from The Middle.  It was refreshing to see someone prepare foods that we too could fix -- foods within a reasonable budget and without all the competition and spectacle that's overtaken some of the network's programs.  The Guy Fieri era ushered in a phase in which personalities took focus over the food.  A sort of Las Vegas showiness came into the Food Network product.  Visually, it was dazzling for TV.  But, when you go to someone's place to relax and eat nowadays as we strive to recover from The Great Recession, we don't want a lot of razzle dazzle and complicated production.  We don't want to have to dress up for little bitty portions on big-ass plates.  We just want to eat hearty food, have fun and wear casual clothing.  Heaton's show seems to get that. 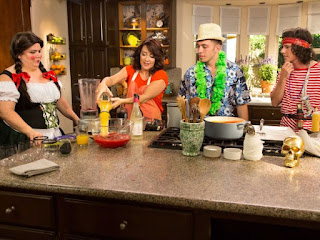 I admit, those Sloppy Joe Pockets did look mighty tasty to me.  I'd download that recipe.  However, I would make mine bigger.  I want to give my guests a mouthful.
at October 23, 2015