This Bill Got the Vote

Big congratulations to New York City's Mayor-Elect, Bill de Blasio.  He and his diverse family made the cover of New York Magazine.  I truly love this cover. 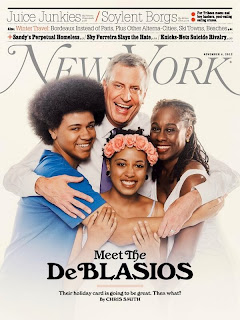 As I wrote on Twitter a couple of days ago, there are more black people in the new first family of New York City than there are in the current cast of Saturday Night Live on NBC. 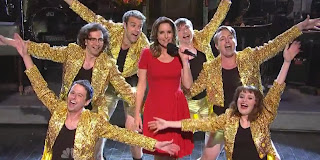 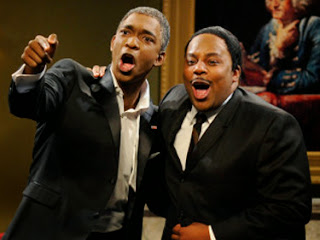 SNL can't spoof NYC's new first family with its cast of regulars...because there's no black woman in the cast.  I guess they'll have to bring back Kerry Washington as a guest host. 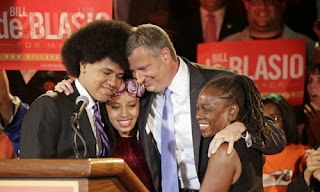 I wish huge golden blessings to Bill de Blasio and his beautiful family.
at November 07, 2013