John Landis on CABIN IN THE SKY

Movie director John Landis needed me as his segment producer.  Also, his short video shows why we have Black History Month -- to keep our history accurate.  Landis talks about CABIN IN THE SKY, the 1943 MGM musical movie adaptation of a Broadway hit featuring recording and Broadway star Ethel Waters. He makes incorrect statements about Ethel Waters' Broadway stardom and about Best Song Oscar history in his opening minute.

This all-black musical was the first feature film directed by Vincente Minnelli, the man who'd go on to direct some of MGM's best and most famous musicals.  His An American in Paris starring Gene Kelly and Leslie Caron won the Oscar for Best Picture of 1951.  Minnelli won the Best Director Oscar for Gigi, also starring Leslie Caron, and it was the Oscar winner for Best Picture of 1958.  Meet Me in St. Louis, starring Judy Garland, and The Band Wagon, starring Fred Astaire, were other future Minnelli hits.  He came from Broadway.  As did Ethel Waters.  As did A Cabin in the Sky.  When Ethel Waters premiered in that new musical, she'd been a Broadway star since the 1930s. 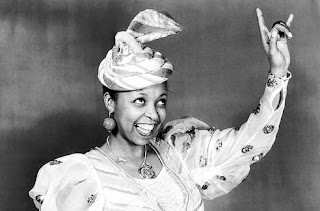 On Broadway, she sang tunes that became pop standards -- like Irving Berlin's "Heat Wave."  She introduced "Heat Wave" in Irving Berlin's 1933 Broadway hit, As Thousands Cheer.  Since the 1920s, she was a top recording star.  Ethel Waters is another black performer spotlighted in the Ken Burns' Jazz documentary.  She had a 1933 hit record with "Stormy Weather," a song that became associated with Lena Horne in the following decade and the rest of her career.  Horne sang it in the 20th Century Fox all-black 1943 musical, Stormy Weather.  Waters was definitely a Broadway star. 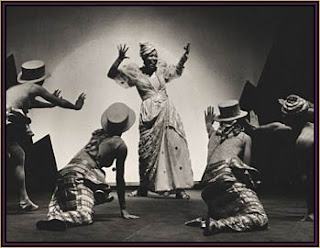 She added film appearances to her resume.  Here she is in the 1933 musical short Rufus Jones for President.  There's Ethel Waters holding a very young Sammy Davis Jr who played Rufus Jones.  His terrific musical talents were evident even then. 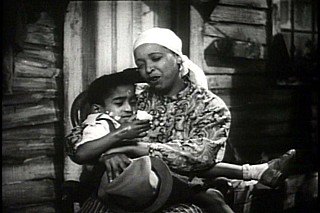 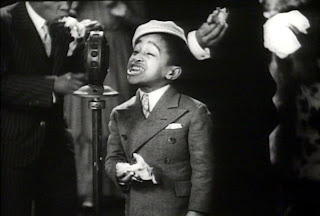 Cabin in the Sky premiered on Broadway in 1940.  Her leading man was Dooley Wilson.  He'd go on to movie fame as "Sam" in Casablanca, having key scenes with Humphrey Bogart and Ingrid Bergman.  He and stage co-star, Ethel Waters, would get to do a movie scene together in MGM's 1942 musical comedy, Cairo.  In the movie, Waters played the maid to Jeanette MacDonald's character.  Ethel didn't look pleased about it. 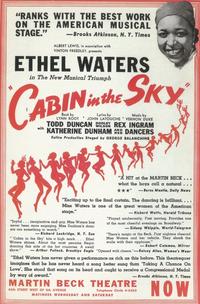 In the 1943 Minnelli film version for MGM's famed producer of A-list musicals, Arthur Freed, the Dooley Wilson part of "Joe" went to Eddie Anderson.  At the time, Anderson was hugely popular as "Rochester," a regular on Jack Benny's hit comedy radio show. 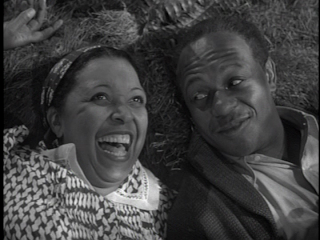 The beautiful Lena Horne, a sophisticated and talented band singer, made her film acting debut as the temptress, Georgia Brown, in this musical folk tale fantasy. 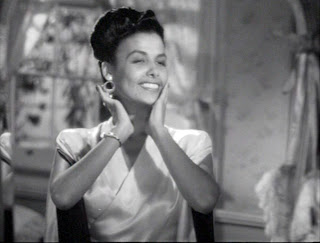 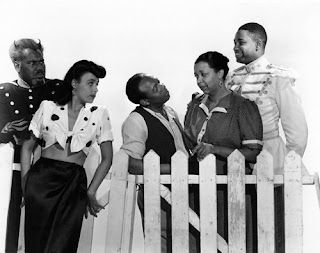 It's a power struggle between good and bad for Joe's soul in this story.  Will Joe be good and make his Bible-lovin' wife happy?  Or will gambling and Georgia Brown lead him astray?  Here's a photo with Lena Horne and director Vincente Minnelli.  He's to the left of her.  That looks like actor Melvyn Douglas on her right. 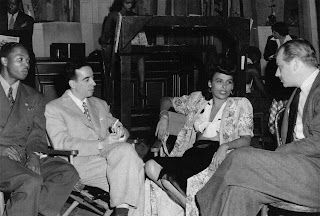 A new song was written for the movie version and Ethel Waters performed it beautifully.  It was written by Harold Arlen and E.Y. Harburg, the pair that wrote all the original songs for 1939's THE WIZARD OF OZ. 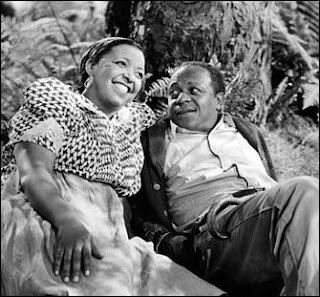 Landis got the name of the song wrong.  It's "Happiness Is a Thing Called Joe."  Not what he says in his video.  One more thing:  It did not win the Oscar for Best Song.  He was incorrect there, too.  The Oscar went to "You'll Never Know" sung by Alice Faye in Hello, Frisco, Hello.  Here's Landis.
Finally...does Landis know that the movie musical stardom of Waters and Horne, and the rest of those gifted black performers, was limited due to racial attitudes in Hollywood, especially in the 1930s and '40s?  Did Ethel have as many opportunities for future lead roles in musical comedies as Kathryn Grayson, Esther Williams or June Allyson did? After 1943's Cabin in the Sky, her next film appearance did not come until 1949.  That was in the racial drama, Pinky, directed by Elia Kazan.  Waters played a maid.  She's also the grandmother of a light-skinned woman who studied to be a nurse.  Pinky, played by Jeanne Crain, is angry and conflicted.  She's light enough to pass for white and escape racism.  If she passes for white, she can move up in her profession and have equal opportunities.  She's angry that her grandmother was treated like a second-class citizen. 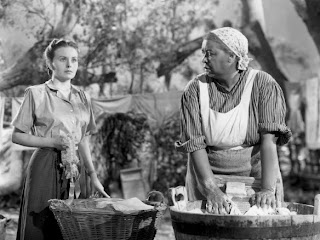 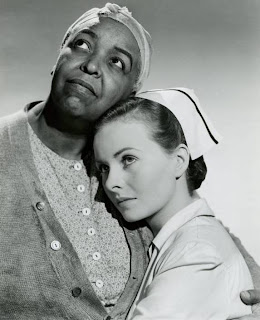 Ethel Waters made Hollywood history with this performance.  She was the second black performer to be nominated for an Oscar.  The first was Hattie McDaniel who won for 1939's classic, Gone With The Wind.  Hattie won for Best Supporting Actress.  Ethel Waters, for Pinky, was nominated in that same category.

Waters had another Broadway success and, again, was lucky enough to repeat the role in  the movie adaptation.  Ethel Waters, Julie Harris and Brandon De Wilde reprised their stage roles in 1952's Member of the Wedding.  Fred Zinnemann directed the film. 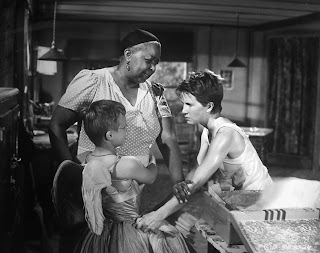 I do agree with John Landis that you should see Ethel Waters in Vincente Minnelli's Cabin in the Sky.  On that, he was not wrong.  Just listen to her glorious singing voice.  It's like an orchestra unto itself.  What a shame that color limited her future Hollywood film opportunities back then.  As it did the rest of that talented cast which included Louis Armstrong and Duke Ellington.  As for that Cabin in the Sky video commentary by John Landis -- I should've researched it for him.  And I should've written it. 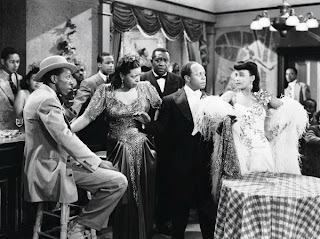 Look for Cabin in the Sky on Turner Classic Movies.  To learn more about the legendary entertainer, check out the most recent book from noted film historian and TCM contributor Donald Bogle:  Heat Wave:  The Life and Career of Ethel Waters. 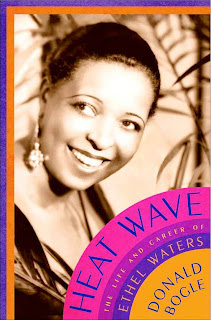 Director John Landis should add this book to his library.  Just a thought.