A lot has been written today for newspaper or TV reports on the long career of Academy Award winner and TV sitcom star, Ernest Borgnine.  The veteran actor passed away over the weekend at age 95.  Like millions of others, I'm sure, my first thought upon learning of his death was of his Oscar-winning performance as Marty.  As the lonely middle-aged butcher who's so deserving of love, he gave one of the most elegant and touching lead performances by an actor in a 1950s Hollywood film.  Then I thought of a time in his personal life that provided a rare moment of goofiness between my parents.  It's a moment I have cherished for years and years.  It came about because "Marty" had married "The Merm."  Yes, Ernest Borgnine married Broadway belter Ethel Merman after her sucess onstage in Gypsy and during the run of his hit ABC sitcom, McHale's Navy. 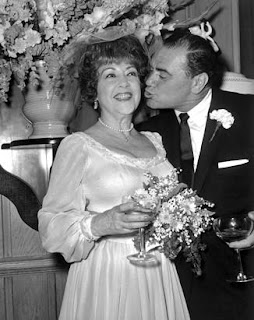 Borgnine had gotten a divorce from Katy Jurado, the Mexican actress seen in the classic western, High Noon with Gary Cooper and Grace Kelly. 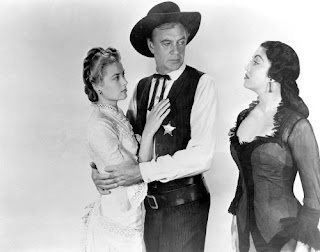 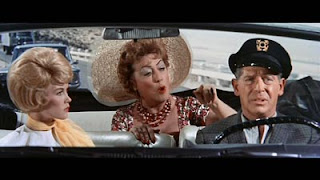 I have no idea.  This was decades before Match.com, JDates and Craigslist.  But somehow, those two got a hook up. 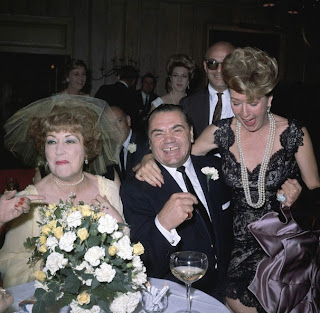 It was a sunny, breezy, lazy early morning in Southern California.  I was a grade schooler.  My little sister and I were in the kitchen with Mom and Dad.  Neither of them had to work that day.  Mom was still in her robe, soon to fix us breakfast.  Dad had gone out, as he usually did, to get the Los Angeles Times newspaper.  My parents divorced after 13 years of marriage, when I was just starting high school.  It was a long, dry Catholic marriage.  Mom and Dad never seemed to take delight in each other's company.  I can't recall ever seeing them hug and hold hands.  Instead of a married couple, they often seemed more like two veteran co-workers who had to share a hotel room on a business trip.  From what I saw as a youngster, their marriage didn't have any laughs.  Except for one great day.  That morning, Mom sat in one chair at the kitchen table with the same facial expression you see on Thelma Ritter listening to Eve Harrington tell how she wound up in New York and backstage in All About Eve.  Dad was back home with the paper and sat with her at the table.  He read the paper.  Neither spoke.  I could see Dad was focused on the celebrity photo smack dab in the middle of the front page. 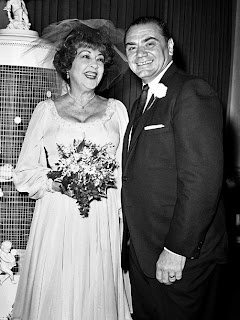 He also had a deadpan expression, like he'd just read news of a Hollywood accident, not a marriage announcement.  Mom had a "What is it?" face.  Dad slowly turned the paper around and showed her the front page.  Mom focused on the photo, silently read the news, gazed up at Dad and now with a Thelma Ritter-like delivery said, "Can you just imagine what they look like first thing in the morning?"  A pause -- and then my parents spontaneously broke out into gales of laughter.  I'd never seen them make each other laugh like that before.  And I never would again.  They laughed the way my sister and I did watching Bugs Bunny and Daffy Duck cartoons.  They were like big kids.  They were fun to watch.  I loved it.  Their laughter was so infectious that I started laughing too.  Mom and Dad's marriage lasted a heck of lot longer than Merman's did.  Her comments on the short marriage to Borgnine warranted a blank page in her autobiography. 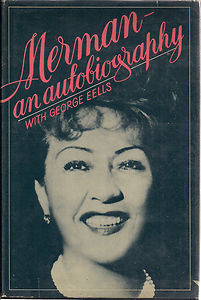 Larry Ashmead, my late friend, was the beloved executive editor of HarperCollins Books.  When I was new in New York City and working for WPIX TV, Larry invited me to his office.  We were chatting.  Come to find out, one of his literary credits was having been Merman's editor for that book.  Larry made me promise nevcr to repeat it on camera (a promise I kept) and then he told me the story behind the blank page.  I laughed like Mom and Dad did reacting to her wedding photo.

Ernest Borgnine had a long, accomplished career in film and television.  He may not have considered it an accomplishment, but a bit of his life made for a golden moment in my family history.  One sunny day, I saw my parents get giddy and actually take a sheer delight in each other's company.  They shared big belly laughs in our South Central L.A. kitchen at the thought of how Ernest Borgnine and Ethel Merman looked the morning after their honeymoon night.  What an odd and wonderful childhood memory that is.