Betty:  "Is it good luck or bad luck when a black cat crosses your path?"

Sam:    "That all depends on what happens afterwards." 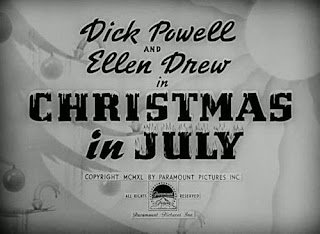 This comedy is a classic I recommend watching now that we're still in the grips of a Recession with high unemployment rates.  Yes, it's an old movie but the heart of it still resonates.  Especially in these economic times.  It also has two excellent monologues -- one for an older actor and one for a young actress.  They might make great monologues for acting class and/or auditions.  Christmas in July is about a working class New Yorker, Jimmy MacDonald, who describes himself as "poor and unknown."  He's a good young man, a hardworking office clerk full of ideas and ambition.  Jimmy believes that you need money in order to be validated in the world and be a success.  He worries about getting married without money.  We discover this as soon as the story starts.  Jimmy and his fiancee are on the roof of his apartment building bantering about furniture.  Jimmy and Betty work for the same company.  Actors Dick Powell and Ellen Drew are perfectly cast.  They have chemistry and charisma together.  They complement each other and they do make a wonderful couple.  Drew, who should have but didn't become a big star at Paramount, glows in this role.  You know why Jimmy fell in love with Betty Casey.  She's got charm, depth and character.  We fall in love with her too. 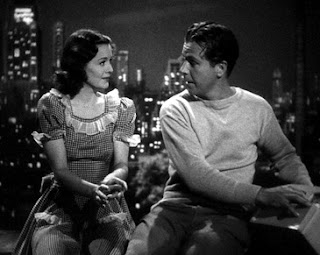 Betty doesn't mind being poor.  She's got Jimmy and he's all the riches she needs.  But she understands his antsy ambition and self-doubt.  His sweet parents were always financially struggling.  He wants to ease the burden on his mother.  His father was "worn out at 48" and died because he couldn't afford a doctor.  Jimmy enters a new slogan contest for brand of coffee that gets lots of airtime on national radio.  The prize is $25,000.  At the office, Jimmy is so obsessed with winning the contest that he's not paying attention to his work.  He adds figures and he's been off lately.  The boss, Mr. Waterbury, calls him into his office and Jimmy admits why he's been pre-occupied.  Mr. Waterbury is a disciplined boss and also a loyal employer.  He tells his talented young employee, "I used to dream about $25,000 too."  He's giving Jimmy a life lesson based on experience.  Just because he never got $25,000 doesn't make him a flop.  "I'm not a failure, I'm a success," he states.  Mr. Waterbury adds, "...ambition is all right if it works.  But no system could be right where only half of 1% were successes and all the rest were failures.  That wouldn't be right."  He concludes by warmly telling his office clerk, "Now get the heck back to your desk and try to improve your arithmetic."  Keep in mind Preston Sturges wrote that dialogue over half a century before Occupy Wall Street.  This comes about 20 minutes into the picture right before the incident  that changes everything.  Three guys in the office, knowing that Jimmy entered the contest, send a fake telegram as a prank telling him that he won. 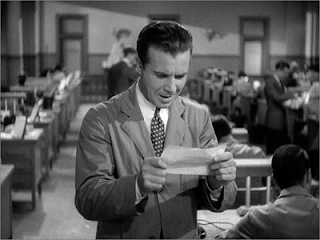 The prank gets out of control.  Jimmy falls for it.  Betty falls it.  The whole office falls for it.  Soon he's mistakenly given a check for $25,000 simply because he showed the gag telegram as proof to the frazzled head of the coffee company in need of a new slogan. 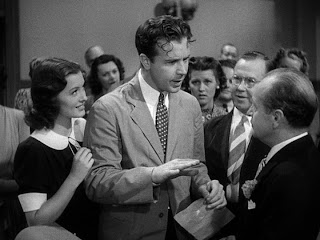 This comedy precedes Preston Sturges' classics Sullivan's Travels, The Lady Eve and The Palm Beach Story -- all comedies that take a look at how money or the lack of it changes the way people behave and the way people are treated.  Consider the touches of spirit and character Sturges shows in this compact comedy compared to recent huge-budgeted comedies from Adam Sandler.  Jimmy could afford (so he thinks) to buy Betty the engagement ring with an ice cube-sized diamond she sees in a store.  Betty choses something much simpler.  "I wouldn't want it to be showy," she says.  Then they buy presents for relatives and neighbors on their low-income block.  One of the first people Jimmy and Betty give a gift to is a little girl in a wheelchair.  And another thing -- when Jimmy gets the telegram, he doesn't quit his job.  He likes working for the company.  When he "wins," executives listen to his ideas and say they're good even if all his ideas aren't good.  Jimmy will be getting his own office with his name on the door.  These are exactly the benefits he believed money could bring. 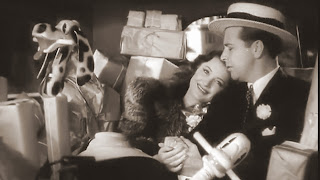 Now he feels like he belongs in the world and has a place in it.  Of course, the truth will come out.  Life has pulled the rug right out from under Jimmy MacDonald.  He's no longer sure of himself.  But Betty is sure of him.  The boss doesn't think it's practical to give Jimmy the promotion and office now that he doesn't really have $25,000.  Betty declares, "It is practical, Mr. Baxter.  It's the most practical idea you ever had."  Here, Betty doesn't just speak up for the man she loves, the man she believes in, she speaks up for every young person with ideas and drive to have a shot at the American Dream.  She speaks up for the right to try and succeed, for the right to try and fail.  It's one thing to be older and know that you tried your best when you were young.  It's one thing to muff your chance when you've had it.  It's another thing never to have had the chance at all.  Betty speaks up for Jimmy's chance and ends with "His name's already on the door." 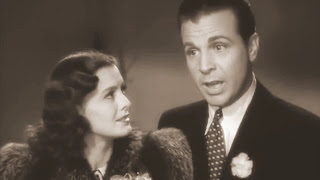 Ellen Drew delivers that one minute-long monologue beautifully.  All the love, belief and compassion Betty has gets crystalized in that plea for acceptance.  Her eyes shine with conviction and wisdom.  In Sturges' world, some of the most extraordinary people we could ever hope to meet are the ordinary people in everyday life.  People like Betty.  She's Jimmy's biggest Christmas gift in July.  That monologue in the final few minutes of the movie could work as a good classroom exercise or audition piece for 20something actresses.  The one minute-long monologue delivered by Mr. Waterbury early in the film is a perfect fit for men in their 40s or 50s.  As I've blogged before about Preston Sturges, one of the things I love most about his direction is that he gets out of the actors' way.  He's written good dialogue.  He tends to let the camera shot rest on the actors doing their work.  He does not use fancy angles or lots of cuts to add energy.  Good actors doing their work with good dialogue give the scenes the energy they need.  The shots don't feel static.  It's handsomely photographed.  Christmas in July has the black and white pearliness that seemed to be a hallmark of cinematography in Paramount Pictures of the 1930s and early 40s.  It looks smart, tailored.  What I respond to even more now in this comedy is its warmth and heart.  Preston Sturges cared about people.  That comes through in the comedies he wrote and directed.  His satires are not mean-spirited. 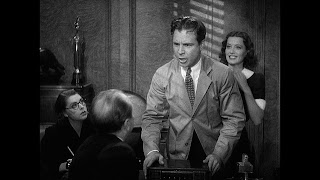 Christmas in July runs only about 1 hour and 5 minutes long.  Like the stone on Betty's engagement ring, it's a lovely little gem that's not showy.