The Academy and Women Directors

The skills of women directors have gotten actors and films in the running for top prizes on Hollywood Prom Night since the early 1930s. Yes, I mean the night the Academy Awards are presented. Ruth Chatterton, excellent as the middle-aged wife desperately trying to cling to her youth in William Wyler's DODSWORTH (1936), was a Best Actress Oscar nominee for 1930's SARAH AND SON. She was the first actor nominated for a performance in a film directed by a woman. SARAH AND SON was directed by trailblazing director Dorothy Arzner. 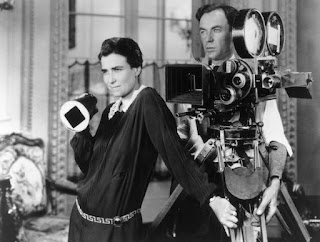 Since then, a number of women have directed performers and films to Academy recognition. For example:

Randa Haines directed Marlee Matlin (Best Actress winner), William Hurt and Piper Laurie to Oscar nominations for CHILDREN OF A LESSER. The film was a nominee for Best Picture of 1986. 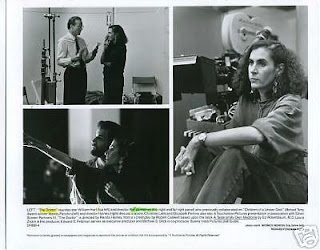 Penny Marshall directed Robert De Niro to an Oscar nomination for AWAKENINGS. The film was a nominee for Best Picture of 1990. 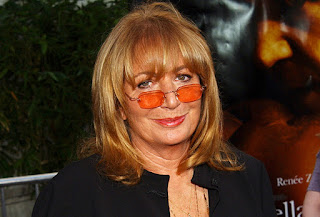 Barbra Streisand directed Nick Nolte and Kate Nelligan to Oscar nominations for THE PRINCE OF TIDES. The film was a nominee for Best Picture of 1991. 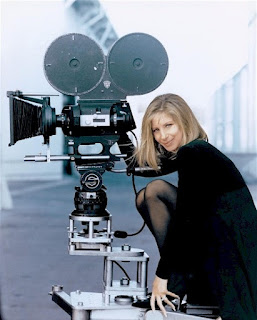 Lone Scherfig directed Carey Mulligan to an Oscar nomination for AN EDUCATION. The film was a nominee for Best Picture of 2009. 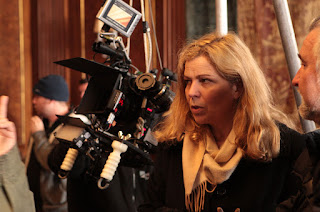 Ava DuVernay directed SELMA. The film was a nominee for Best Picture of 2014. 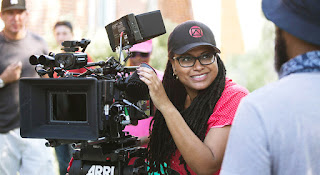 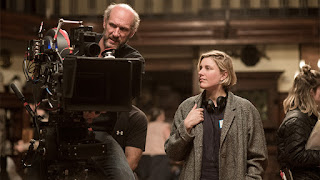 But no woman got nominated for Best Director this year.

On Twitter, I saw the TIME magazine article "Why do the Oscars keep shutting women out of Best Director? This one Academy rule explains it." Eliana Dockterman wrote the enlightening article.

The main snag seems to be a lack of diversity in the Academy branch that chooses who gets a nomination. As the magazine journalist wrote, "There just aren't that many women choosing the nominees" and the directors' branch selects the director nominees.

As a longtime film and film history enthusiast, plus having 30 plus years of entertainment news reporting/TV interviewer/host work in my credits, I assumed that was the case. The branch of directors is still, it seems, predominantly a Caucasian boys' club. Couple this with Academy rules that can frustrate women directors. In order to be on the branch, you must have two director credits and those films must "reflect the high standards of the Academy."

This is why I, for years and years, have wanted to scream like John the Baptist, a voice in the wilderness. I've wanted to scream "Network and local TV need to bring on movie critics of color on a regular basis! Not just when it's Black History Month!" We people of color on TV who've reviewed films and filed entertainment reports have a razor-sharp awareness of the barriers faced by marginalized talents in the entertainment industry. We've been there. In my years on local and network TV news programs, I constantly faced resistance when I wanted to interview new Black/Latinx actors and women directors. The executive response was "No one knows who they are." That was the very damn reason why I wanted to give them airtime! We Black/Latino performers may be getting national exposure, but we often have to hit up our white buddies for a recommendation on representation. Agents had a history of not signing talent of color because white performers got work that paid bigger money and brought in a bigger commission. So we Black/Latino folks often have to network in order to line up our next gig and attract an agent. Actors of color and women directors may have a current project that's met with critical acclaim but they will not get the huge promotional budget that white actors/veteran filmmakers get. So they truly, madly, deeply appreciate attention from the press because it could help them line up a second project.

In 1999, I hosted a local New York City cable show called METRO MOVIES. I loved that show and the humble crew. Our main objective was to spotlight up and coming indie filmmakers. One day the staff received a huge thank-you basket of muffins and other edibles. It was from director Kimberly Peirce in gratitude for giving her airtime to talk about her film, BOYS DON'T CRY. She said that she was not getting attention from mainstream outlets like the morning news programs. At that time. Eventually, word spread and its star, Hilary Swank, won the Oscar for Best Actress.

One of the times I interviewed Mel Gibson was when he was promoting 1997's CONSPIRACY THEORY. By then, he owned a Best Director Oscar for BRAVEHEART. I brought up the fact that women who directed Best Picture nominees -- as he did -- didn't all have his luck and get nominated for Best Director. I mentioned the multiple nominations for THE PRINCE OF TIDES, including Best Picture, but Barbra Streisand was shut out for Best Director.

I asked him if the Academy should be consider a rule change. My proposed change was -- the films that get nominated for Best Picture also come with a nomination for Best Director.

What do you think about my rules change idea? If a film gets an Oscar nomination for Best Picture, its director automatically becomes a nominee for Best Director. Do you think that would help level the playing field a bit more?
at January 22, 2020