I Love INSIDE THE ACTORS STUDIO

He turned 92 last week and he's done the show for over 20 informative and entertaining years.  James Lipton, thank you for bringing us INSIDE THE ACTORS STUDIO since 1994.  For all of us who are passionate in our love and respect for the performance arts, especially in film and TV, Lipton's show was a rich oasis in what was becoming a cultural desert of entertainment reporters making the first and most important question "Who did your dress?" followed by other questions of little or no homework. Lipton understood and respected the actor's craft.  He was a definite fan. He did his homework. James Lipton looked like a true academic, a university professor with a certain demeanor and cadence of speech that could be imitated by his students having a few beers at a local campus pub.  In fact, he was imitated by comedian Will Ferrell on TV.  Lipton has a delightful sense of humor about himself.  His award-winning show became part of our pop culture viewing habits. 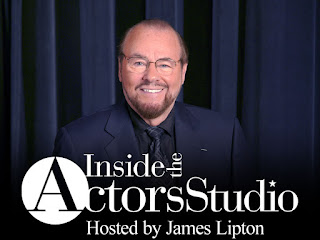 One thing that disappointed me about Bravo, the channel that's aired INSIDE THE ACTORS STUDIO, was that promotion of the show decreased the more Andy Cohen's Real Housewives franchise gained in popularity.  Now Bravo seems pretty much "All Andy, All the Time" with flashy, gossipy shows that are extensions of his sharply marketed Gay White Male fabulousness.  But, let's face it, they don't have the substance of INSIDE THE ACTORS STUDIO.  The actor interview show is relocating over to the Ovation channel -- and James Lipton is retiring.  I loved watching him and it was obvious that the stars he interviewed loved being with him. 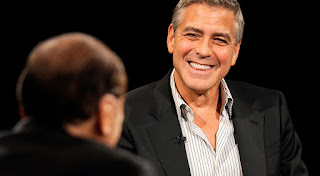 INSIDE THE ACTORS STUDIO will continue with a rotating group of hosts.  If those hosts have yet to be chosen, I am throwing my hat in the ring for consideration.  That's the kind of work I'd love to do and have done. I hope Ovation embraces diversity and inclusion.

Here are samples of my interview, research and writing skills. (None of the phone numbers you'll see are still in effect. You can contact me on Twitter @ BobbyRiversTV or BobbyRiversTV on Facebook.

Michael Shannon now has two Best Supporting Actor Oscar nominations to his credit. I interviewed him about MIDNIGHT SPECIAL  In that 2016 sci-fi drama, he played the divorced father on the run with his little boy who has a supernatural spiritual gift that dark forces want to catch and control.

Here's a clip reel of some of my other interviews, mostly from my post-VH1 years.

Here's a promo reel for my VH1 talk show. It was a prime time Monday through Friday show called WATCH BOBBY RIVERS.

Mel Gibson was also a guest on my VH1 talk show. He told me about a popular role he rejected.

VH1 flew me to London for a special one-hour chat with Paul McCartney. He told me about a famous role that he politely declined.

In 2000, I was the entertainment editor on an ABC News/Lifetime TV joint production called LIFETIME LIVE. Working with Dana Reeve will always be one of the great joys of my career.