He crashed through a thick color barrier in Hollywood and his achievements continue to make a strong statement on where we are in race relations and equal opportunities.  That hit me this summer when I watched two films on TV starring Sidney Poitier in different chapters of his career.  The first was made in his early days when he was moving up the ranks of good new actors -- black or white -- to keep your eye on in Hollywood. In this deep-fried Civil War era melodrama starring Clark Gable, Poitier played a loyal house slave. 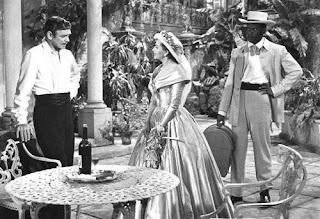 The second film was made during the turbulent Civil Rights decade of the 1960s and filmed after Poitier had secured a firm place in Hollywood history as the first black man to win the Oscar for Best Actor.  The first film is the 1957 Warner Brothers release, BAND OF ANGELS with Gable and Yvonne De Carlo.  It puts Gable back in GONE WITH THE WIND mode. 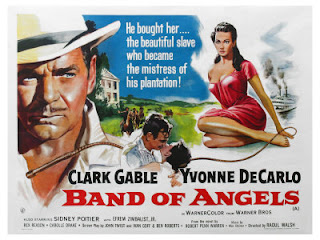 We get plantations, slaves and De Carlo as the beautiful young mixed race belle who had been passing for white and living a comfy plantation life until someone got all up in her business.  Now she's a slave. She's purchased by Gable's character and treated well in New Orleans.  Supporting actor Sidney Poitier stands out as the conflicted educated and sophisticated slave to Gable's lead character.  The other film is IN THE HEAT OF THE NIGHT, a modern-day murder mystery and race drama set in the Deep South, directed by Norman Jewison.  Rod Steiger, as the Mississippi police chief forced to work with the black police detective visiting from Philadelphia, would win the Oscar for Best Actor. 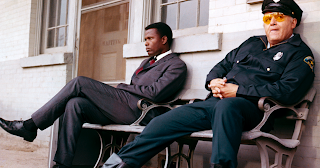 IN THE HEAT OF THE NIGHT would take the Oscar for Best Picture of 1967. 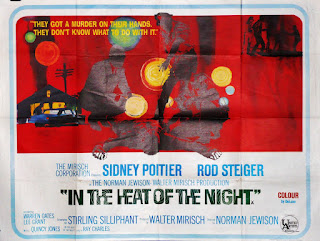 A supporting actor in both films is William Schallert, the tall and lean character actor who became nationally popular as the lovable dad on THE PATTY DUKE SHOW sitcom.  Schallert and Sidney Poitier have a scene in BAND OF ANGELS.  Both characters are in the military.  Schallert plays an officer who's basically trying to pull a fast one on the black man.  You sense a racial discomfort when he realizes that the black man has a keen brain. 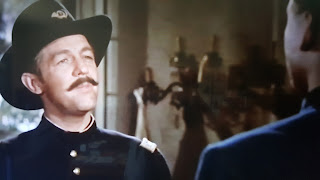 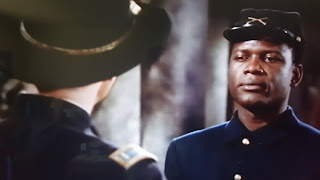 Schallert has a small role in Jewison's film but it is key and he can give you a contemporary chill with a line he delivers after the iconic slap scene. 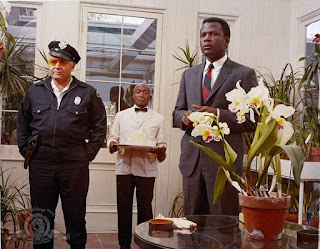 Schallert plays the mayor of the small town in Mississippi.  After he hears about the slap, the mayor remarks casually but pointedly that the previous police chief would've shot the black detective dead and claimed self-defense.  This was 1967 movie. 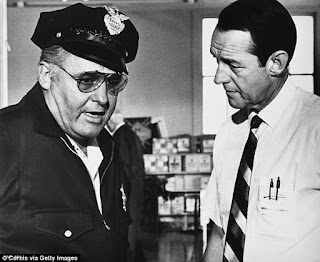 Think of this summer's verdict in the Philando Castile case that became a network TV news headline story.  An unarmed black man, who respectfully and calmly complied with an armed and shouting cop, was shot point black seven times while seated on the passenger side in the front seat of a car in Minneapolis.  His girlfriend, the driver, was streaming the video on Facebook when the shooting occurred.  We heard Castile comply.  We heard the seven shots and the horror of the girlfriend when it happened.  When the cop was interrogated, he never mentioned that Castile complied.  He never told superiors what we heard in the video.  The cop testified that he feared for his life.  He was found not guilty.  This was just last month.

Yes..."They call me, Mister Tibbs!" said by Sidney Poitier as Detective Virgil Tibbs is the most famous line from IN THE HEAT OF THE NIGHT.  But that line from Schallert as the town mayor...man, that is deep. And scary.  Keep in mind that Poitier, who won his Oscar for 1963's LILIES OF THE FIELD, was a steely Civil Rights activist.  He and friend Harry Belafonte had been harassed by racists down South.  Poitier was reluctant to accept a film project that shot down South, but he did.  Jewison had to work out accommodations for Poitier because of racial discrimination in the deluxe hotels.

Look at the span of years in between the story lines of BAND OF ANGELS and IN THE HEAT OF THE NIGHT.  A little  over100 years and the same awful racial attitudes exist.  In both films, there are people who want it known that "Black Lives Matter."  In both films, there's a black man who disrupts bigoted white male attitudes when it's realized that he's educated.

Earlier this year, the 50th anniversary of IN THE HEAT OF THE NIGHT was celebrated with a special screening at the annual TCM Film Festival in Hollywood.  Sidney Poitier made a rare special appearance.  Director Norman Jewison was also present. 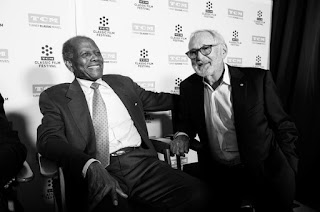 Segments of the festival were aired on TCM.  It was great to see TCM's Ben Mankiewicz on the red carpet asking Oscar-winning IN THE HEAT OF NIGHT producer, Walter Mirisch, about the racial relevance the 1967 film still has nowadays. 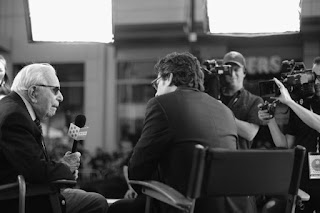 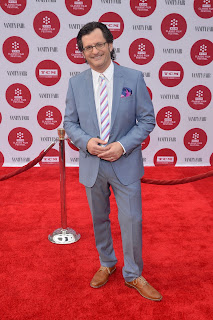 Mankiewicz comes from a liberal, talented family that has addressed America's race issues in films.  One was 1950's racially frank NO WAY OUT.  Joseph L Mankiewicz wrote and directed the drama about a black doctor in a hospital assigned to treat two injured racists brothers who are robbery suspects.  When one of the white racist brothers dies, there's tension in the city.  Sidney Poitier played the doctor in the 1950 film.  Also starring were Richard Widmark, Linda Darnell, Ossie Davis and Ruby Dee.

Throughout the decades of Sidney Poitier's film career up to today, the field of weekly film critics on network TV news programs and syndicated film review shows prides itself on being liberal but it's been sorely and obviously lacking in race/gender diversity.  It's been a predominantly white male dominated field.  On rare occasions, we've seen white female critics.  On even rarer occasions, we've seen black men (such as myself) review movies.  America has never seen a black woman review movies on weekly TV.  And black female film critics do exist.  I've auditioned with one for a film review show pilot.  Mia Mask became a published Professor of Film at Vassar.  From the network morning news show days of Gene Shalit and Joel Siegel, to Leonard Maltin, to the TV duos that followed Siskel & Ebert such and Ben Mankiewicz & Ben Lyons, people of color who can review new films -- domestic and foreign -- and discuss classic films have been excluded from the film conversation unless there's some special programming like a salute to Black History Month.  Other than that, we watch upscale white guys tells us why we should see THE COLOR PURPLE, DO THE RIGHT THING, GLORY, DRIVING MISS DAISY, BOYZ N THE HOOD, THE HELP, 12 YEARS A SLAVE and FENCES.  I grew up in a house a few blocks away from Compton in South Central Los Angeles.  Could I get on CBS SUNDAY and review STRAIGHT OUTTA COMPTON?  Not as easily as David Edelstein could.  And I'm sure he's never ridden mass transit through Compton like I have. And when I say "mass transit," I mean the bus. 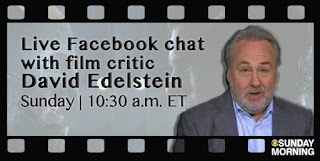 It would've been even greater to see an African American contributor on the TCM Film Festival red carpet with Ben Mankiewicz adding to the conversation about the enduring racial relevance of IN THE HEAT OF THE NIGHT -- and  to be blessed with the opportunity to see screen legend Sidney Poitier in person.  It would also be wonderful to see some black guest hosts or co-hosts on TCM.  I haven't seen any this year so far.  I've been watching TCM since 1999 and I always love seeing representations of myself.  They've been rare.  I'd love to see more.  I wonder if TCM has any black folks in upper management to work on this. 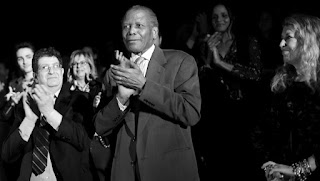