See It Again: NO END IN SIGHT

Today, President Obama emphasized that he would not send combat troops to Iraq.

Is Iraq the Vietnam for the current generation?  Can you just imagine if the draft was still in effect and some of these young male hipsters occupying just about every Starbucks as if it was their personal office space were called up and shipped off to occupied Iraq?  That would not be pretty.  But it would probably and instantly reduce social media snark to half.  Snark may be cool on Twitter but it doesn't save your ass in combat.

With Iraq a heated headline again, I took a second look at a documentary I first saw in theatrical release back in New York City. The feature got an Oscar nomination for Best Documentary of 2007.  Directed and written by Charles Ferguson, it's called No End In Sight.  Considering that the documentary takes us back to 2003 and keeping in mind what President Obama said today, that title is still relevant. 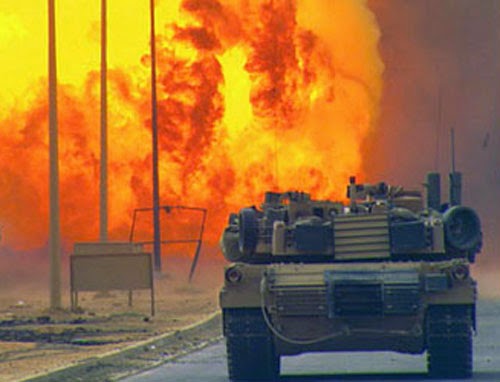 Now is really the time to take another look at this fine, scrupulous documentary full of revelations and information about our involvement in Iraq following the September 11th attacks.  All the information is presented in a very level-headed, even manner.  However, the information itself is so gut-punching that you may gasp.  What I remember about seeing it in a downtown Manhattan theater was how information about Donald Rumsfeld and Dick Cheney made audience members so angry that shouted things at the screen.  The documentary had that strong an impact.  We see and hear from soldiers who were stationed in Iraq, journalists, the female ambassador placed in charge of the Baghdad embassy and we see White House press conference footage. 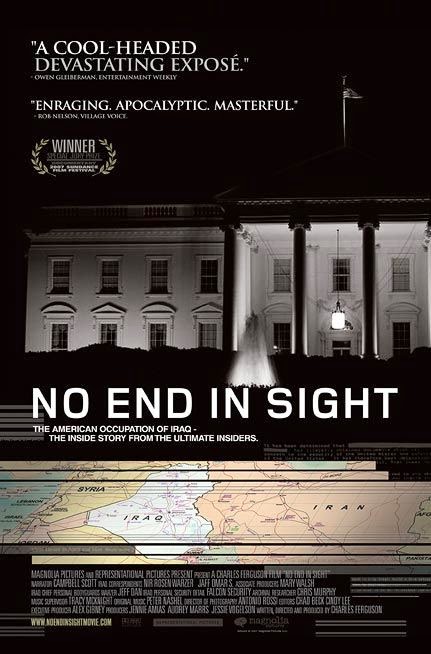 In the theater, my first gasp -- of several -- was the information and footage regarding the destruction of art museums and libraries.  They were buildings that housed artifacts and publications that were hundreds and hundreds of years old.  A certain inexperience, shall we say, in the Bush administration seemed to accelerate a descent into the chaos of Iraq.  That attitude comes from some figures interviewed who were pro-Bush before 9/11.

Frankly, Charles Ferguson's documentary came to my mind this week because some extremely conservative politicians in news sound bites acted as if we just entered Iraq during the current administration.  That's wrong.

This feature is a good, stirring documentary that runs only about one hour and 40 minutes long.  Look for it on DVD.  Heck, you may even be able to find it on YouTube.  No End In Sight is a modern history lesson that we need to keep in mind.
at June 19, 2014