Payne in a Sandler Comedy

I have a question about the director and Oscar-winning screenwriter, Alexander Payne.  His work touched my heart.  I paid to see Sideways three times.  If it was showing uncut on TV tomorrow, and I could see it, I'd be parked on the couch. I've heard him interviewed on National Public Radio a few times.  I've never him asked about one alleged comedy that bears his name in the credits.  It came after the Alexander Payne screenplays About Schmidt -- which brought Jack Nicholson an Oscar nomination for Best Actor -- and Sideways.  That wonderful film about days of wine and neuroses brought Payne an Oscar for Best Adapted Screenplay and he was nominated for Best Director. 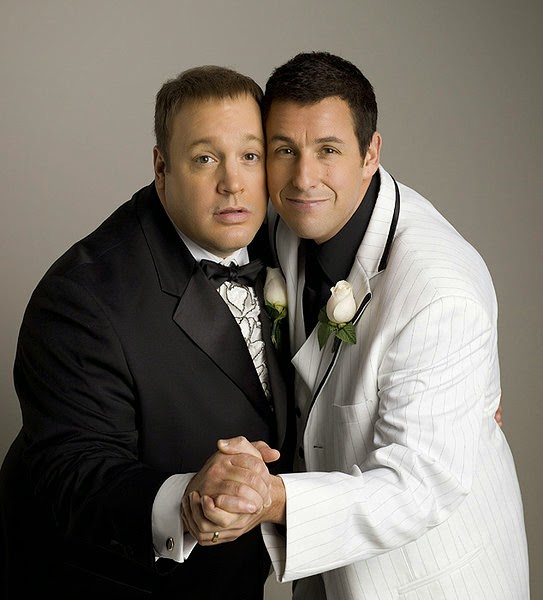 That Adam Sandler comedy being mentioned after About Schmidt and Sideways is like hearing "This new drama, based on the acclaimed best-selling novel, will star Meryl Streep, Helen Mirren...and Kim Kardashian."

I saw this movie with my SiriusXM morning radio star buddy, Keith Price.  I had to review for the Premiere Radio show I worked on at the time.  Keith and I did not like I Now Pronounce You Chuck & Larry.  We attended a media screening.  But Alexander Payne's name was in the credits as screenwriter.  I love his screenplays that delve into the black, white, gray and colors of marriage and relationships.  That could have been done in I Now Pronounce You Chuck & Larry.  This is the tale of two best friends, both firefighters in New York.  One is a widowed father.  There's still much grief in his heart but he must focus on being a good dad and being insured.  There's a glitch with policy paperwork and, in order to keep his insurance up, he must be married.  So, he wants to wed his best buddy in order to keep taking care of his kids.  That's solid Payne territory.  Marriage and Relationships.  We had a sad working class dad who will do anything legal to take care of his kids.

I could've totally hated this movie had it not been for Kevin James.  He committed to the heartbreak of the character.  There were moments when I thought James, if he worked even harder, could do the quality of work Ernest Borgnine did in his Oscar-winning performance as Marty.

Then we come to Adam Sandler as the other firefighter. 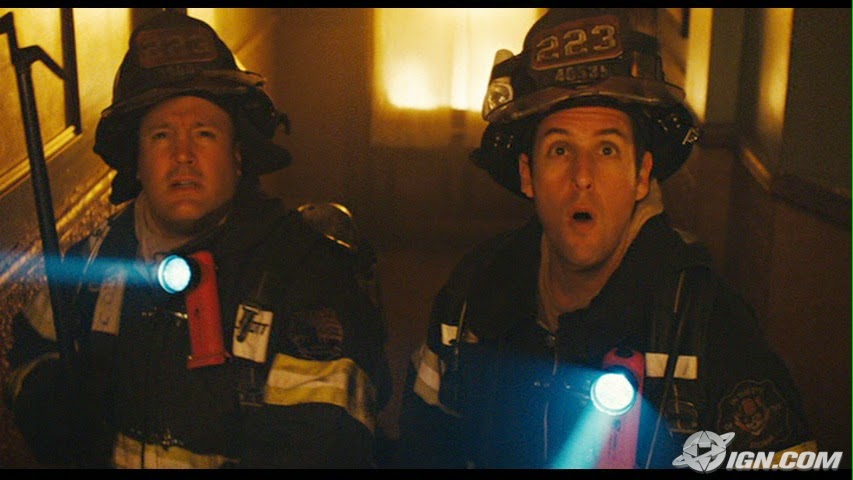 With him -- and especially with him in the picture -- much of the screenplay seems like was written by a bunch of uncreative high school boys during their lunch breaks.  Whereas Kevin James is willing to play the heartbreak of the character, lazy Adam Sandler gave you exactly what A.O. Scott wrote in his New York Times review of Sandler's new comedy, Blended, which opened last Friday.  Scott wrote that Sandler again gives you the "...eternal man-child's sometimes invisible charm and his ferociously insisted-upon heterosexuality..."

Many in our preview audience groaned at his tired, lazy (there's that word again) homosexual sight gags.  Ving Rhames played the tough firefighter who really is gay and comes out. 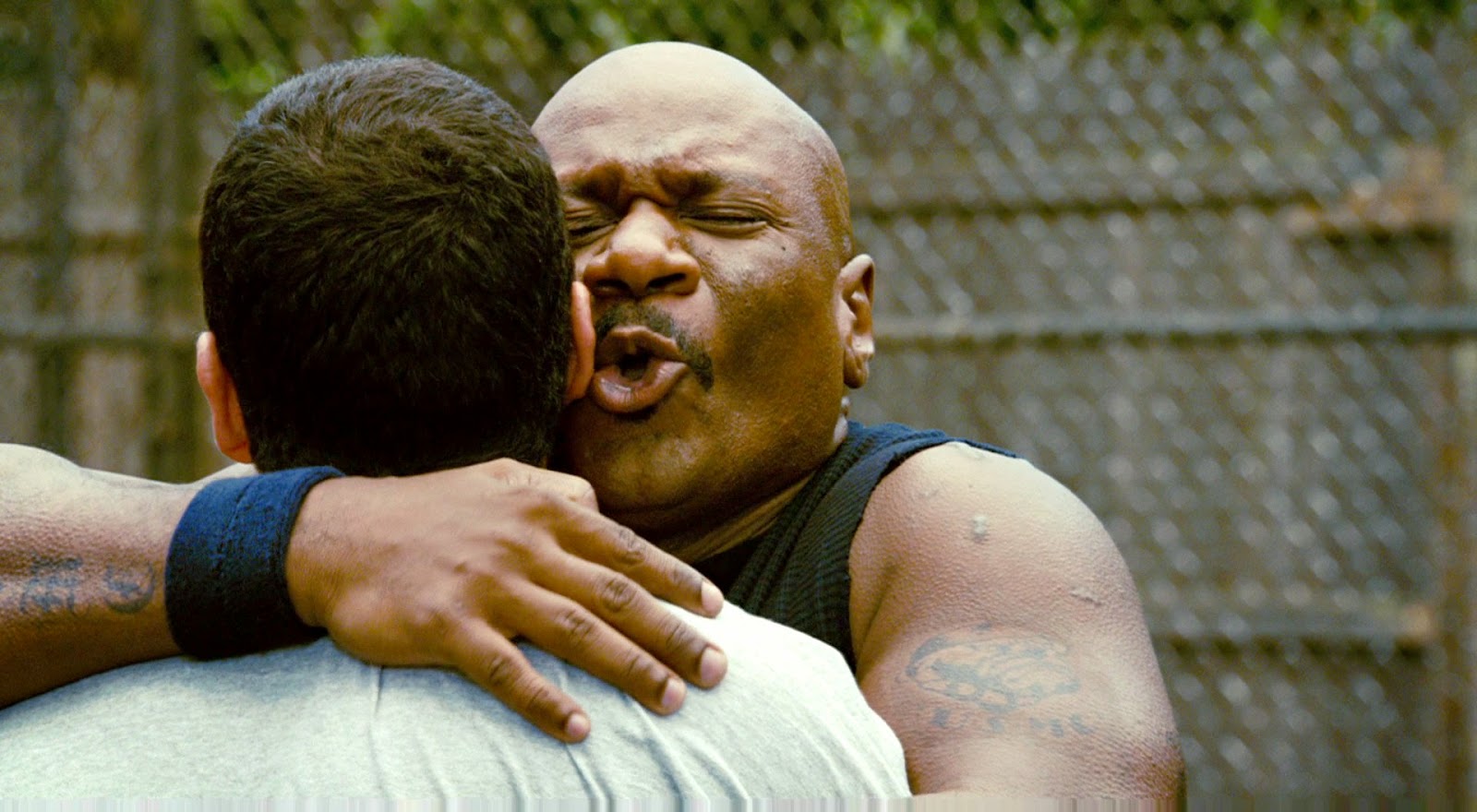 In a shower scene, not at all essential to the story, we see nervous hetero firefighters.... 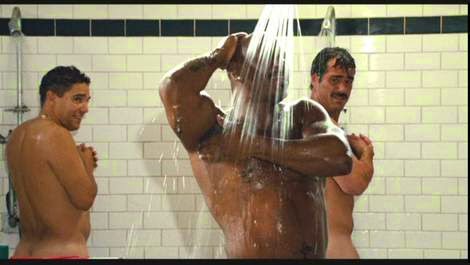 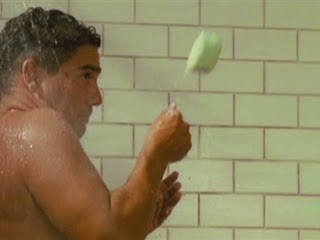 Come on.  That gag's about as old as....as water.  The audience was not amused at that bit.

I didn't know until after I saw the movie that comedian Rob Schneier had a Filipina grandmother.  When I saw his Asian character in I Now Pronounce You Chuck & Larry, all I could think was "This is worse than Mickey Rooney in Breakfast at Tiffany's."  Another unnecessary bit of business that went way too long. 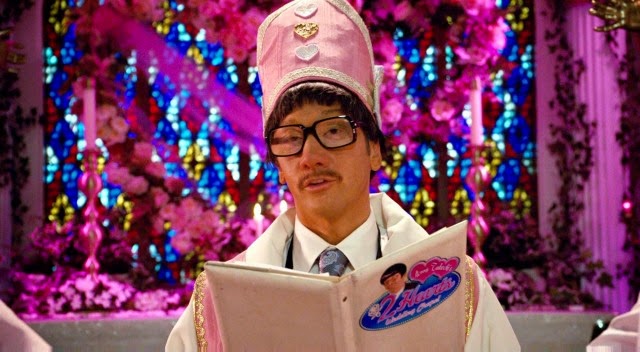 I'm not of any Asian descent.  But, as a minority and as someone who is -- shall we say -- heterosexually-challenged, I found much of this film offensive.

I looked at my press notes from the film company and I looked at the film.  Yes, Alexander Payne's name is in the credits.  But about a dozen other guys were credited too.  Over six writers came up with that cowpie of a script.

Here's my question.  I have a feeling that Alexander Payne wrote a treatment or screenplay for a smart, mature comedy about a friendship that may have led to marriage so that one could be a responsible parent.  I think that when Adam Sandler signed on to do it, he brought in his "comedy posse" to stuff it with gags to attract the aging frat boy Sandler fan base that would spend some money at the box office.  He probably had the mostly male corporate Hollywood support on that move.  I think Payne's work was altered and he left the project but still got credit.  Am I right on that?  If so, what was Payne's original script like?  How did the Sandler experience affect his future Hollywood dealings?

I want to know how he went from this.... 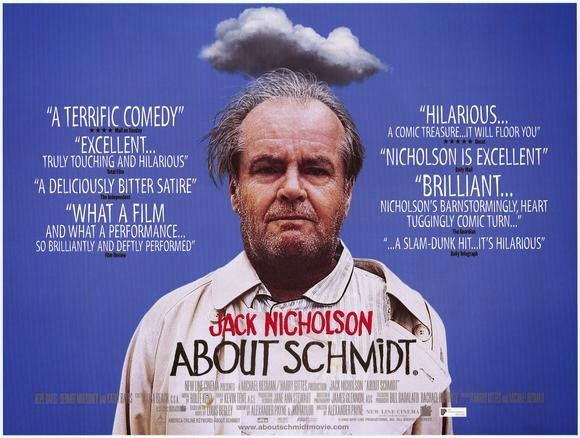 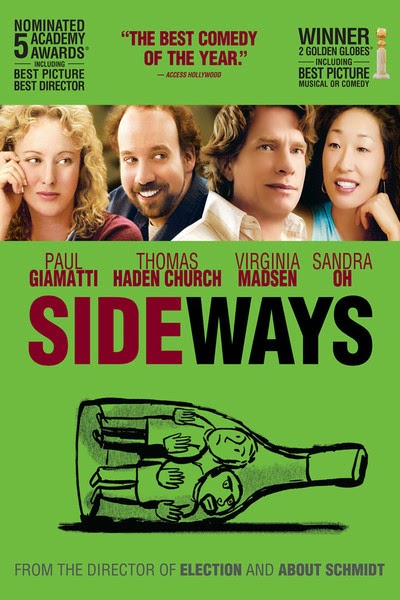 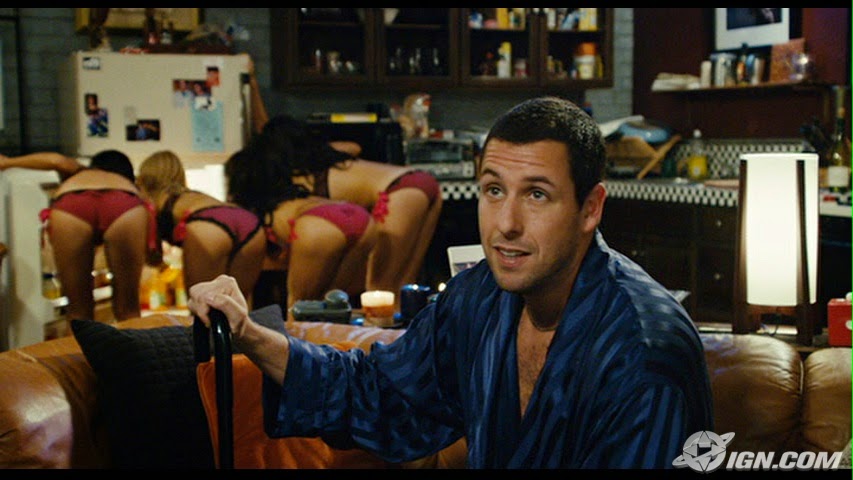 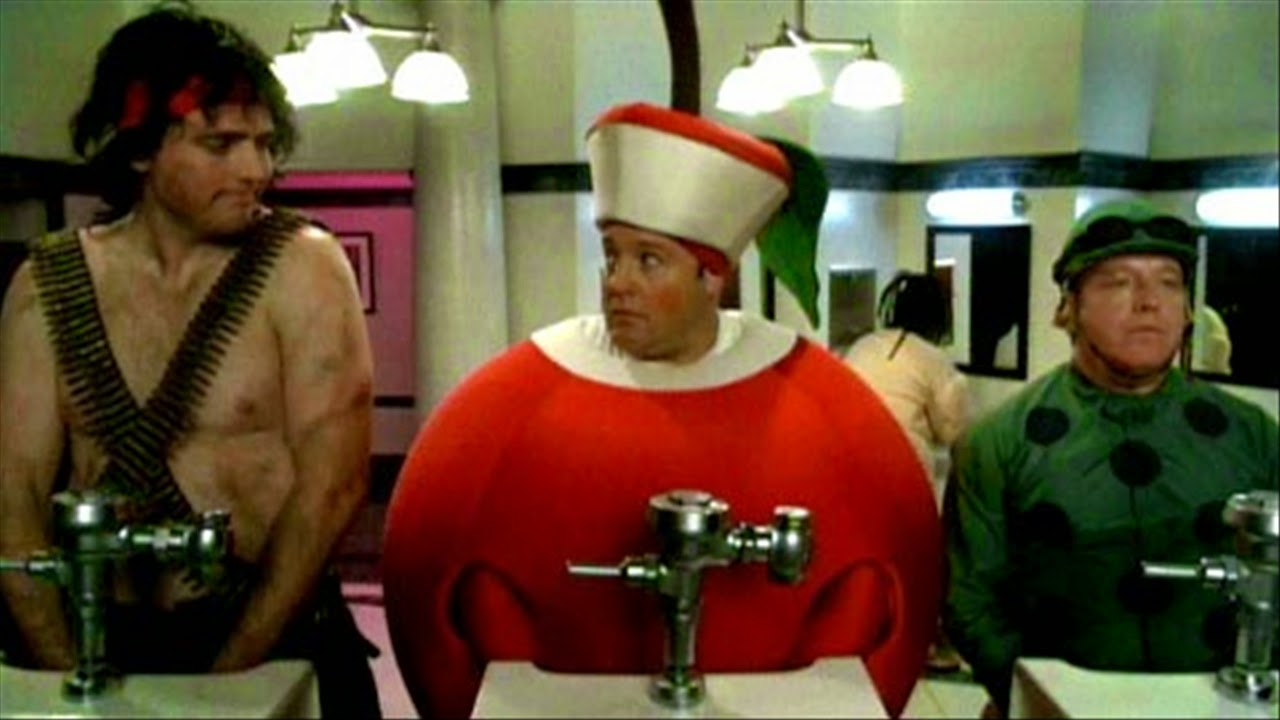 Something must have happened to his original work -- and I believe that thing was Adam Sandler.  Lazy actor Adam Sandler.  If you know anything about Alexander Payne and the non-Wikipedia inside story behind his screenwriting credit for I Now Pronounce You Chuck & Larry, let me know.

As for Adam Sandler, I wish he would return to challenging himself as an actor and doing some mature work like he did in Punch-Drunk Love and Spanglish.  I liked those two performances of his very much.