Arise with Me: Oscar Talk

I arrived in New York City a few days before Oscar Sunday.  I had one day of on-camera work booked for a week later and wanted to be in town early.  The East Coast seemed to be getting a new snowstorm every 48 hours.  I didn't want to want to wind up booked on canceled flights and get rescheduled on flights that made me late.  I followed my hunch to arrive early and I'm glad I did.  Because I was in town and available, I was asked by host Mike Sargent of Arise TV's On Screen show to a a guest on the special On Screen Oscar edition.

March 2nd turned out to be quite the fabulous Hollywood Prom Night.  As I felt it would, this month's Oscar® production had a refreshing dose of diversity.  Ellen DeGeneres, the breakthrough lesbian performer and lovable daytime TV talk show queen, was the host.  Matthew McConaughey and Jared Leto won Oscars for performances in a film reminding us of the bigotry and medical confusion in the 1980s that surrounded the AIDS crisis.  Gravity, starring Sandra Bullock and George Clooney, won several Oscars.  Mexico's amazing Alfonso Cuarón took home the Best Director Oscar for his thrilling Gravity. 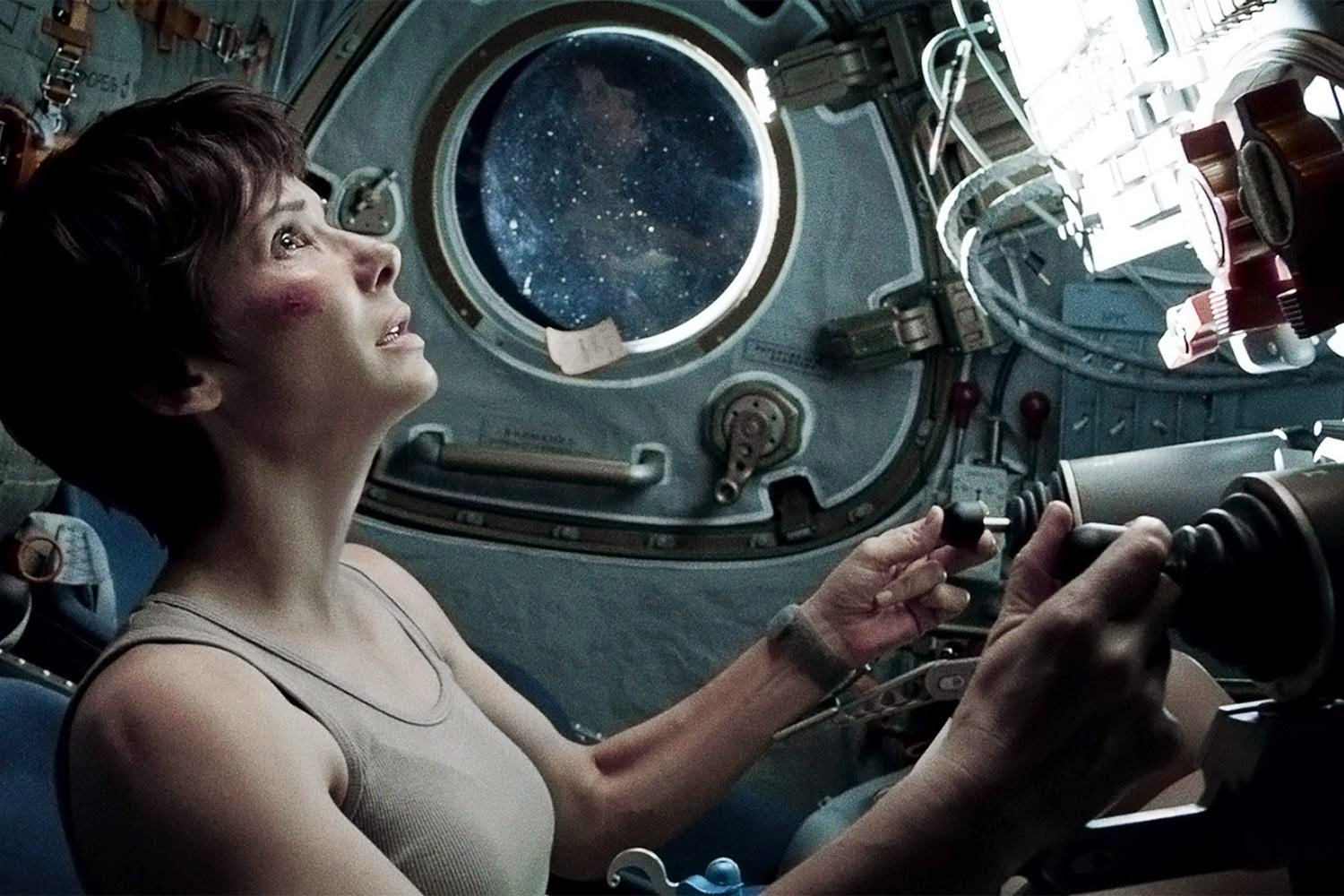 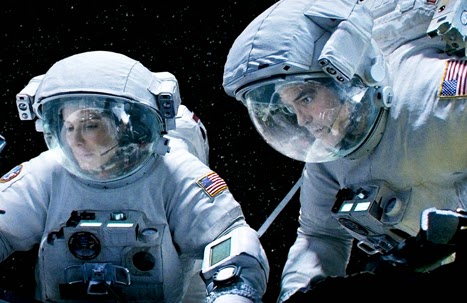 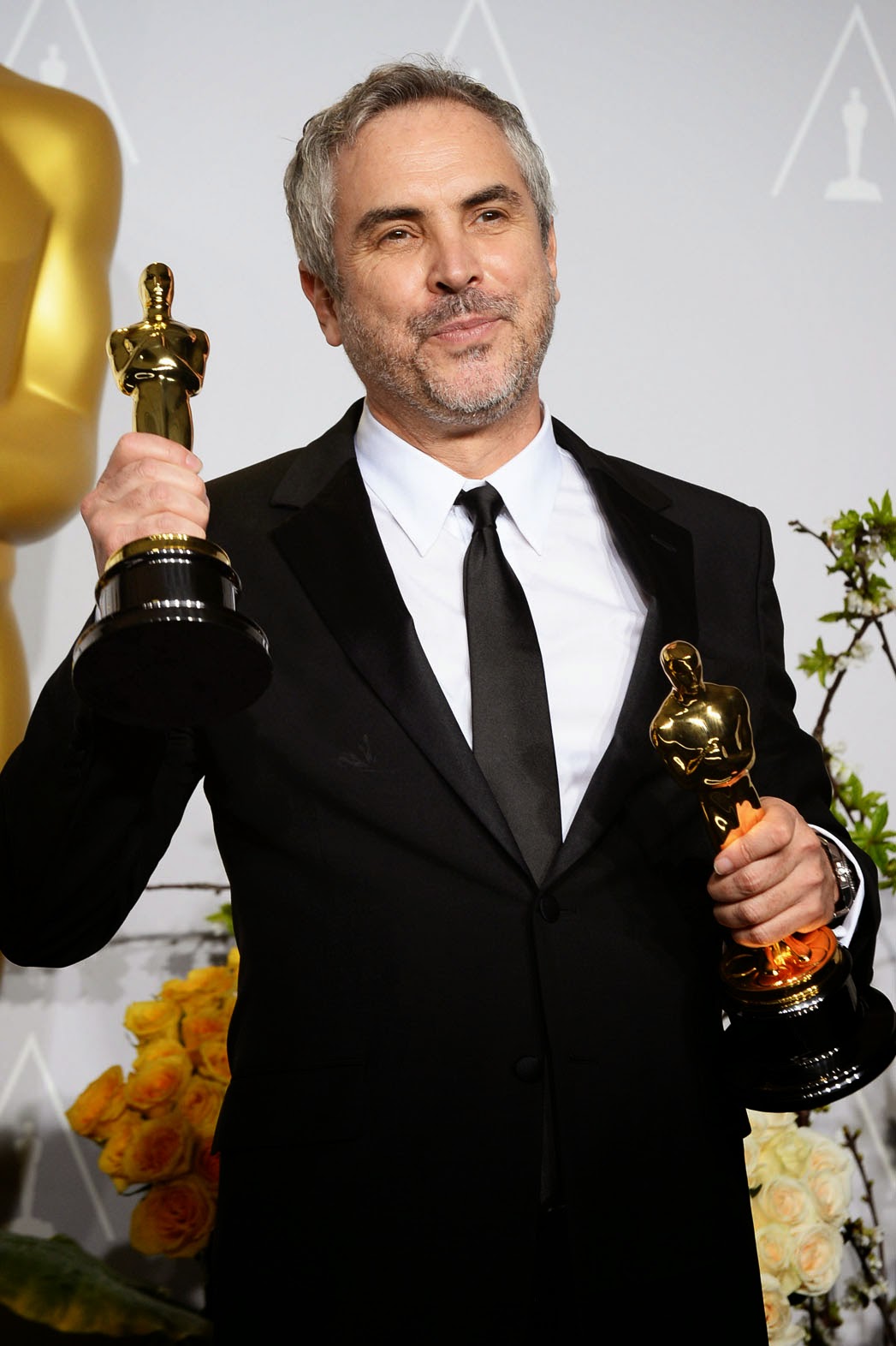 Alfonso Cuarón's previous directorial achievements include one of the Harry Potter adventures, 2004's Harry Potter and the Prisoner of Azkaban.  He also directed an often overlooked jewel of a film.  I have passionately recommended this movie to friends of mine who are dads with little girls.  For something to watch during father and daughter bonding time, Cuarón's 1995 film, A Little Princess, is the perfect rental.  Based on a work by the author of The Secret Garden, it's absolutely beautiful. 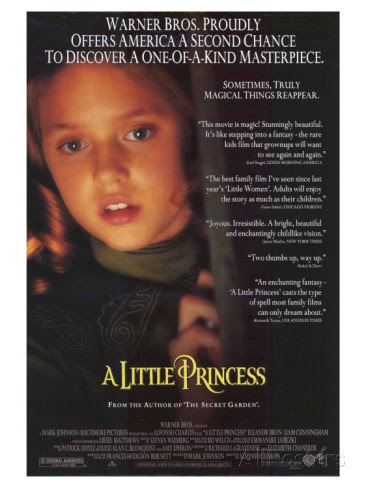 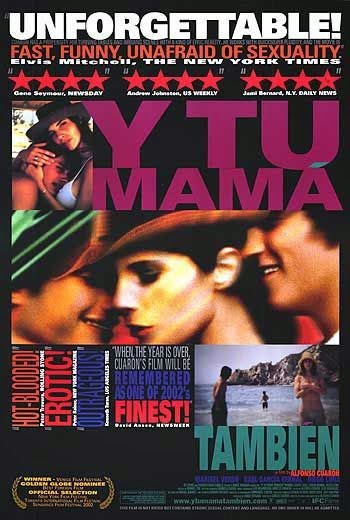 A Little Princess, Y Tu Mamá También and Gravity are three films, each with a strong female character in the lead role.  An out-of-this world thriller about two astronauts on a mission that becomes harrowing, Gravity really has a story about connecting to life at its core.  It's about being grounded, not giving up and grabbing something meaningful to hold onto.  It's about not just drifting through life alone.

This was the perfect project for Sandra Bullock because, aside from all that, Gravity is basically Speed in space.  She's a smart woman in the driver's seat of an out-of-control vehicle and a handsome guy is giving her directions.

La Lupita was a highlight of Oscar night.  Lupita Nyong'o was radiant as she accepted her Oscar for Best Supporting Actress for her work in 12 Years a Slave. 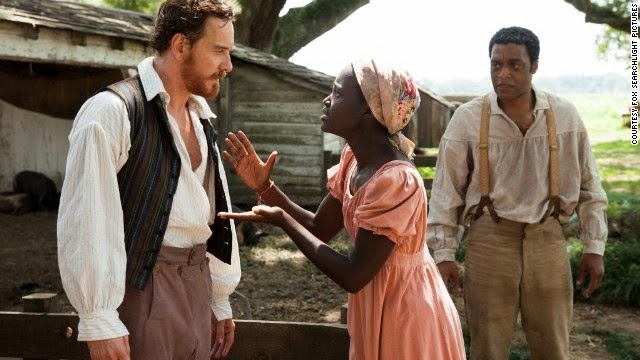 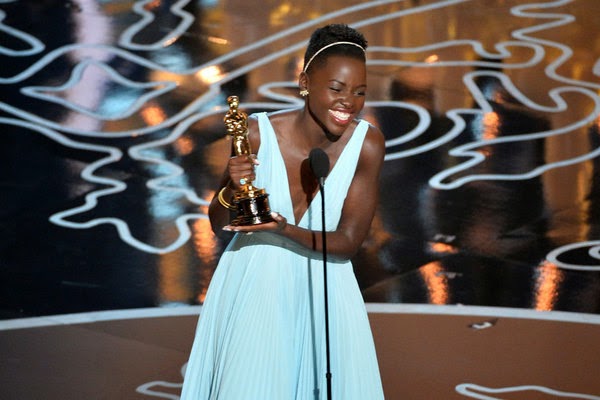 Only one black actress has won the Best Actress Academy Award.  The Oscar went to Halle Berry for the 2001 drama, Monster's Ball.  As I've written previously, only two black actresses have more than one Oscar nomination to their credit.  Whoopi Goldberg and Viola Davis have two nominations each.  The category in which black women have won the most Hollywood gold has been in the Best Supporting Actress category.  From the historic Hattie McDaniel nomination and win for 1939's Gone With The Wind, to Whoopi Goldberg fifty years later for Ghost, to Jennifer Hudson for Dreamgirls to Mo'Nique for Precious...and now, Lupita Nyong'o.  The gorgeous La Lupita.

12 Years a Slave, directed by Steve McQueen, took the Oscar for Best Picture. 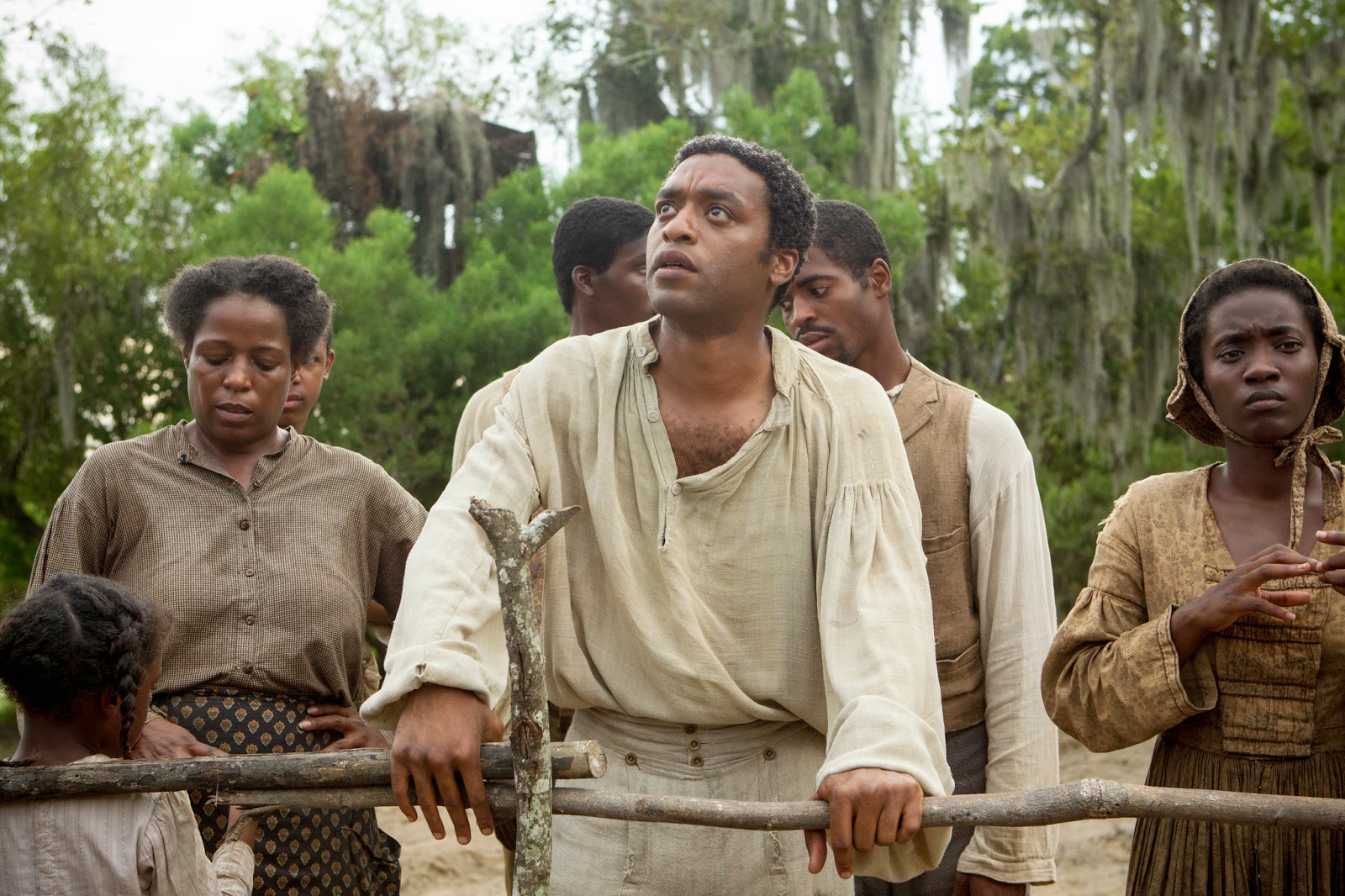 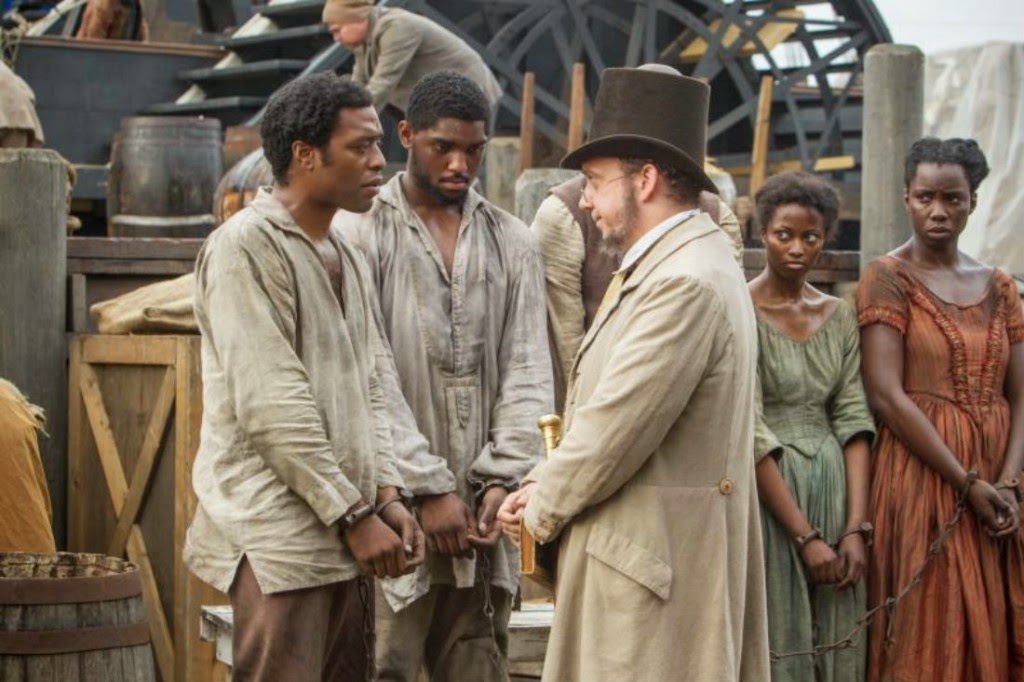 We talked about the nominees, gave some Oscar history and gave our Oscar predictions on that special edition of On Screen for Arise TV.  I was proud to be on the show.  It you'd like to see it, here you go:

On Screen, with host/film critic Mike Sargent, airs every Saturday with Sunday repeats on Arise TV.  The channel has yet to find a TV distributor here in America.  So, you can see the weekend film review/interview and entertainment news program online at Arise.TV.