The Power of Sarah Polley

In the Women In Film category, she's a talent you should know. I've never met her, but I was right behind her in line at my local video rental store one afternoon. She got her DVDs and left. The clerk said to me, "That was Sarah Polley." He then told me how cool she is and that she'd auditioned to play Penny Lane in the movie ALMOST FAMOUS. Polley was in an indie film. GO is a 1999 crime comedy. Sort of a RASHOMON on Ecstasy. I have watched GO several times because it tickles the heck out of me and I'm crazy about Sarah Polley's performance. She plays a supermarket clerk in the "I need a second job" section of Los Angeles. She's young. She's working in a store that's not a high-end one like a Whole Foods. It's the kind of store where someone in the checkout line would open a bag of chips and start eating while waiting to get to the register. Ronna is obviously too smart for this dead-end job but she needs a paycheck. In an act of total financial desperation, she gets involved with a drug sale. This happens during the Christmas season. Some hipsters want Ecstasy to up their rave enjoyment at the clubs. This Ecstasy deal, which is chock full o' blunders, is told from three different viewpoints. From irresponsible co-workers, to an undercover cop to a couple of clueless and closeted TV actors, Ronna's Christmas Eve story could be called IT'S A BLUNDER-FULL LIFE. 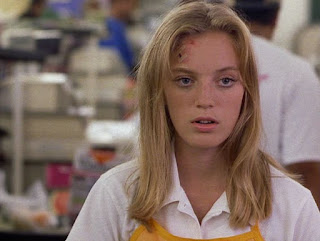 Here's a trailer for GO.  In this 1999 feature, there's a funny, short scene done by a perky bit player named Melissa McCarthy. Click onto this link to see the GO trailer:

Sarah Polley was born in 1979.  In 1965, one of the hit films of the year was a British drama called DARLING. Julie Christie delivered an intelligent, strong performance as the amoral beauty, a popular model, determined to lead a red carpet life. When she gets it, she's trapped by all its trappings. She lacks the substance to keep her from being constantly bored. Julie Christie's performance was so excellent that she won the Oscar for Best Actress. DARLING is a movie I studied in college in my Film Journalism course. The British film also starring Dirk Bogarde and Laurence Harvey was directed by John Schlesinger.  He went on to direct 1969's MIDNIGHT COWBOY. Click onto this link to see a DARLING trailer:

Sarah Polley and Julie Christie starred in a kooky 2001 indie film titled NO SUCH THING. It's a modern-day twist on BEAUTY AND THE BEAST and BEOWULF. Polley plays a TV news employee engaged to be married. The TV news crew sent to cover a story about a monster in Iceland has disappeared . She has an accident on the way to Iceland to cover the story of the crew's disappearance. Julie Christie plays the doctor who helps in the young woman's physical recovery.  The female TV journalist eventually finds the monster and discovers he's an obnoxious, alcoholic mess. She takes monster to New York City, as one would, where he becomes a celebrity. This story is a mixture of fact, fiction and fantasy. Click onto this link to see a NO SUCH THING trailer:

Alice Munro, a Canadian short story writer, wrote "The Bear Came Over the Mountain" published in her collection HATESHIP, FRIENDSHIP, COURTSHIP, LOVESHIP, MARRIAGE. In that short story, a university professor struggles with his wife's advancing Alzheimer's condition. While in a facility, she seems to have forgotten him and has an affair with another patient.

Sarah Polley adapted this story into a screenplay. She made her feature film directorial debut putting her screenplay before the camera. Her adaptation of the Alice Munro short story was titled AWAY FROM HER.  Directed and written by Sarah Polley, AWAY FROM HER brought its leading lady, Julie Christie, an Oscar nominee for Best Actress of 2007.  Here's a trailer.

Sarah Polley directed Julie Christie to her 4th Oscar nomination in that category. 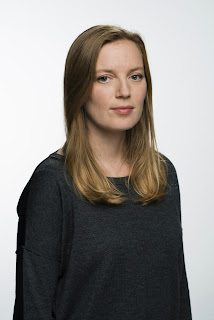 Those are examples of the power of filmmaker Sarah Polley.