I am constantly in awe of his talent and his range as an actor. He's not one of those actors who's a regular fixture on red carpets. Not one who's frequently in the entertainment news headlines. Not one we see making several appearances on network morning news programs to promote a new film. Still, Edward Norton is one of the most remarkable, versatile and interesting working actors we have today. He fascinates me. We first saw him as the schizophrenic young man with multiple personalities accused of murder in 1996's PRIMAL FEAR. He followed that stunning dramatic performance with a Bobby Van-esque musical performance in Woody Allen's 1996 musical comedy, EVERYONE SAYS I LOVE YOU. Then came another riveting performance, this time as the West Coast neo-Nazi in 1998's AMERICAN HISTORY X. After that came what seems to be the CITIZEN KANE for Gen X generation white males -- 1999's FIGHT CLUB. 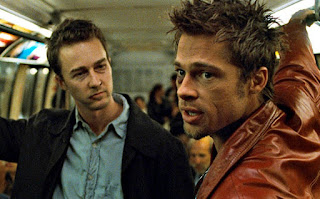 Edward Norton's work thrills me even in films that didn't get a lot of attention from moviegoers such as the rival TV hosts revenge comedy DEATH TO SMOOCHY. He was Smoochy the Rhino, the new kiddie show sensation who replaced Rainbow Randolph, played by Robin Williams. Another favorite is 2005's DOWN IN THE VALLEY. Norton delivers a subtle, knock-out performance as a delusional modern-day cowboy in the San Fernando Valley. I live for his comedy turns as the boy scout master in MOONRISE KINGDOM and as the European inspector with the dominant mustache in THE GRAND BUDAPEST HOTEL. 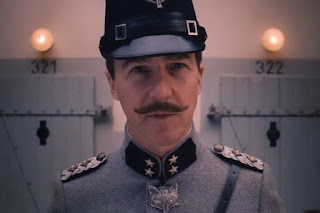 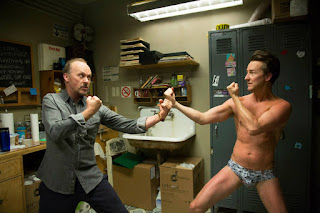 My jaw just about dropped down the floor when I sat through the closing credits of the raunchy, hilarious animated 2016 feature, SAUSAGE PARTY, to see who did the excellent Woody Allen-like voice of nebbishy Sammy the Bagel. It was Edward Norton. 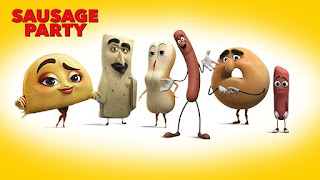 Another one of my favorite Edward Norton performances is in a film I've seen several times. Audiences missed a quality film when they passed over THE PAINTED VEIL. 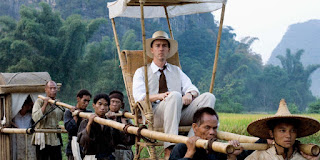 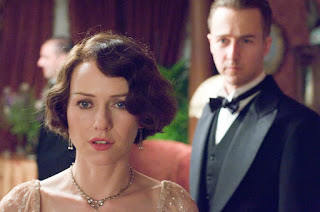 Take a couple of minutes to hear me recommend this must-see for serious Edward Norton fans: