Forgive or forfeit their place in Heaven? Stay and fight or leave? One woman says, "We have been preyed upon like animals." That's a line from the powerful and riveting new film, WOMEN TALKING. The fascinating Sarah Polley, actress turned filmmaker, directed WOMEN TALKING and wrote the screenplay. The screenplay is based on a 2018 novel of the same name. The novel, from what I read, was based on a 2011 story. Seven men from an ultra-conservative Mennonite colony in Bolivia were convicted of drugging and raping over 100 women from the colony.

In this film, eight women from an isolated country Mennonite colony grapple with blending their reality with their faith after its revealed women in the colony have been sexually abused.

Back in the 80s, when Meryl Streep was promoting POSTCARDS FROM THE EDGE, she commented on a new trend in movies. The male-dominated action movies starring Stallone, Schwarzenegger and Mel Gibson were popular overseas which made Hollywood happy. With action movies, there could be less talk which meant less money spent on subtitling and dubbing. Sarah Polley's muscular new film is female-dominated and driven by....well, women talking. WOMEN TALKING is not specifically a "Me Too" movie like SHE SAID, the recent film about the Harvey Weinstein story and the women who spoke out, but it sure fits into the modern "Me Too" era times.

WOMEN TALKING displays strong ensemble acting. There's no leading lady although Oscar winner Frances McDormand is in the cast. McDormand is one of the film's producers. Claire Foy, who was so commanding and charismatic as young Queen Elizabeth II in Netflix's THE CROWN, is one of the strongest and most strident voices in WOMEN TALKING. Claire Foy hits this film like a bolt of lightning. She's stunning to watch in the role. Also in the cast is Judith Ivey. I've seen her onstage in New York. I interviewed on VH1 when I had a talk show and she'd appeared onscreen in COMPROMISING POSITIONS, based on the best-selling Susan Isaacs murder mystery comedy of the same name, and in HELLO, AGAIN, a reincarnation original screen comedy also written by Susan Isaacs. Sarah Polley directs Ivey in one of the best screen roles Ivey's ever had. Ivey is the colony member who yells at the arguing women to "...shut your pie-holes! Please!" If there's justice in Hollywood, WOMEN TALKING should bring Judith Ivey a Best Supporting Actress Oscar nomination.

I was awed by the strength of Polley's film, a film that gripped me from from the beginning with its opening line "This story ends before you were born." The movie is in color but the colors are muted. You will not see any bright reds, blues or golds. As serious as the issues in it are, there is also humor and love. And hope.

In order to get a better idea on how talented filmmaker Sarah Polley is, make seeing WOMEN TALKING half of a double feature. The other film is one of my favorite holiday movies. It's a 1999 comedy crime movie called GO. Another title could've been IT'S A BLUNDER-FUL LIFE. The story takes place in a ho-hum, unsophisticated section of Southern California. It's Christmas Eve. Sarah Polley plays Ronna, a supermarket clerk whose job has drained her of all holiday cheer. Ronna is a smart, responsible young woman who needs that dead-end job because she low on funds. She's so broke that she becomes involved in the sale of some Ecstasy for an Xmas rave at one of the popular clubs. Of course, everything that could go wrong, goes wrong. Two clueless TV actors doing undercover community service work and a cop who has a side gig as a salesman are some of the other characters involved in this drug sale. 1999's GO co-stars Taye Diggs, Timothy Olyphant, Katie Holmes, Jay Mohr, Jane Krakowski and Melissa McCarthy. Look for a trailer or clips on YouTube.

Canadian Sarah Polley went on to adapt an Alice Munro story about a long marriage challenged by Alzheimer's disease into a screenplay called AWAY FROM HER. Polley directed the film version of her screenplay. Her work on the 2006 film brought Julie Christie another Oscar nomination for Best Actress.

And that's why I am fascinated with actress/filmmaker Sarah Polley. 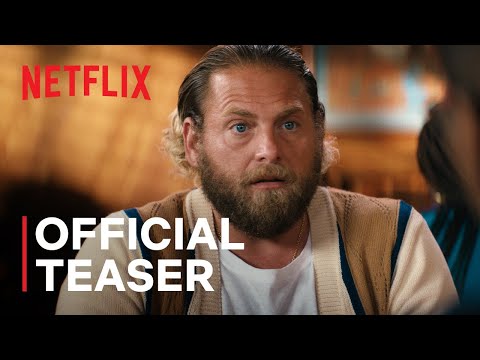