On BLACK HOLLYWOOD: THEY'VE GOTTA HAVE US

I could not and would not budge from my computer screen. The installment of this BBC series that I saw was thoroughly and totally gripping in its history and observations. Will BBC America air it? I pray it will.  BLACK HOLLYWOOD: THEY'VE GOTTA HAVE US needs to be seen. Black British and American artists talk about their lives and the thick, high color walls they've had to crash through in the name of diversity and inclusion.  You see American stars speak freely and honestly.  Stars such as Diahann Carroll, actress/director Debbie Allen, actress/director Kasi Lemmons, Laurence Fishburne, Robert Townsend, Don Cheadle and Harry Belafonte. 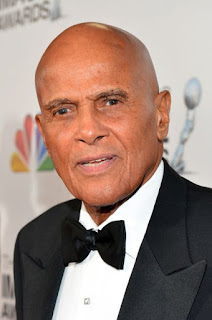 Oscar nominee, Broadway and TV star Diahann Carroll was once romantically involved with Sidney Poitier. She talks about watching Poitier accept his Oscar during their romance. 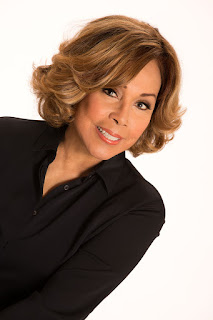 You will also see stellar British artists not widely known here in the States but who should be. Two are the dapper 100 year old actor Earl Cameron and the sensational Sir Lenny Henry. 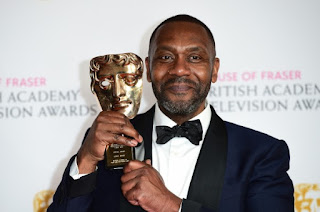 From the historic Best Supporting Actress Oscar victory of Hattie McDaniel for 1939's GONE WITH THE WIND to the Best Original Screenplay Oscar victory of Jordan Peele for 2017's GET OUT, we hear how black talent in Britain and the U.S. had to run through an obstacle course of racism and racial stereotypes.

Search for this show online.  If you can find video, please watch it.  Now let me tell you stories about filmmaker Spike Lee that will complement stories you'll hear about his filmmaking struggles with white Hollywood executives if you watch this BBC special.

I've interviewed Spike a couple of times in my TV career.  The first time was when I was on VH1 every day for three years in the late 80s.  Spike was scheduled to be in downtown New York City studio to tape an interview for my show. He burst through the studio door about 20 minutes late, perspiring and apologizing profusely.  Our studio manager asked if traffic was bad or something because we'd sent a town car to his apartment address in Brooklyn to pick him up.

Spike took the subway and, went he got off, made a mad dash to our studios because he was late.  The town car had arrived and was waiting outside his building.  But the driver refused to let him in the car.  Why?

The driver felt that Spike Lee did not look like a real movie director and his schedule had him picking up a film director named Spike Lee.  Spike had no time to argue and validate himself so he just raced off to a subway train from Brooklyn to Manhattan.

Spike and I did the interview. We talked about the success of SHE'S GOTTA HAVE IT.  I asked if he was working on a new film.  He was.  He was in production on DO THE RIGHT THING, now considered a film classic.

I've written before that director Norman Jewison had a frustrating time raising Hollywood studio money to make A SOLDIER'S STORY, the film adaptation of the Pulitzer Prize winning stage drama, A SOLDIER'S PLAY. Jewison's IN THE HEAT OF THE NIGHT had won the Oscar for Best Picture and Best Actor (Rod Steiger) of 1967.  He followed that with deluxe, big budget films such as the Steve McQueen & Faye Dunaway hit, THE THOMAS CROWN AFFAIR, and the musicals JESUS CHRIST SUPERSTAR and FIDDLER ON THE ROOF. But when Jewison went to Hollywood studios for money to make A SOLDIER'S STORY, there was none. Why? He was told that black stories didn't sell. And he wanted to shoot a story with a predominantly black cast and no popular white star as the hero. Jewison offered to work for way less money than usual. He was determined to get his movie made. He got it made.  The cast included Howard Rollins Jr., Robert Townsend and David Alan Grier. 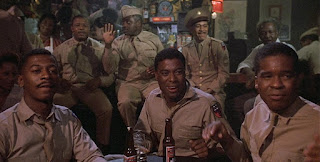 Denzel Washington had a key role and Adolph Caesar got an Oscar nomination for Best Supporting Actor. The plot is a murder mystery involving the segregated U.S. troops during WW2.  Jewison's A SOLDIER'S STORY was an Oscar nominee for Best Picture of 1984. 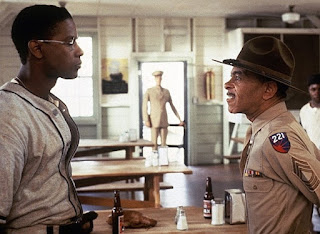 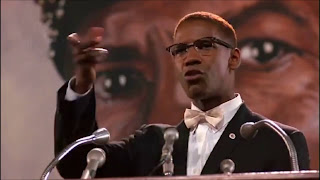 Spike Lee's MALCOLM X starring Denzel Washington is one of the most critically acclaimed films of the year. Denzel Washington gets a Best Actor Oscar nomination for it. But, the Hollywood studio did not want Spike to direct it.  Norman Jewison was tapped and offered $100 million for a budget. Jewison felt a black director, Spike Lee, should helm such a project. So..Hollywood reluctantly gave the big project to Spike … with a reduced budget of $30 million. And despite all the praise the movie got, the studio did not campaign for Lee to get a Best Director Oscar nomination. You will hear about this in BLACK HOLLYWOOD: THEY'VE GOTTA HAVE US.

The struggle for black artists to tell their stories, to get their stories told accurately and the struggle for equal opportunities continues today on both sides of the pond.  Here's something that's long made me so angry that I could grind my molars into dust:  Just as difficult as it's been for black actors and filmmakers to break through those color walls to get their projects made, it's just as difficult for us black people who cover entertainment to get the same opportunities as white film critics and TV hosts so we can put a much needed spotlight on the work of artists of color.  On national American TV for decades, the field of film critics, talk show hosts and movie channel hosts has been predominantly white male. It's lacked race and gender diversity.

I'm still proud that the New York Times, People Magazine and TV Guide gave me high marks on my VH1 celebrity talk show in the late 80s. I'm proud that I was the first black person to have his own prime time weeknight celebrity talk show on VH1. After VH1, I was never offered another national talk show host opportunity. But, in the early 90s when I signed with my first agent, I was offered auditions for film and TV roles. The characters were thugs, convicts and numbskull urban homeboys. Just like in Robert Townsend's 1987 satire, HOLLYWOOD SHUFFLE.

Back in 2016, young director Damien Chazelle was getting fabulous reviews for his musical, LA LA LAND.  He was booked as a special guest co-host one night on TCM to present classic films he loved and to promote LA LA LAND. White film critics were tossing love notes to Damien Chazelle about LA LA LAND, their reviews printed on huge posters in theater lobbies.

Black/Latino film critics were all abuzz on Twitter about a film they'd screened in film festivals. They were declaring Barry Jenkins' MOONLIGHT a must-see.  I never heard one mention of that film or its young black director/screenwriter on TCM even though he's a huge fan of classic foreign films. His MOONLIGHT, like LA LA LAND, was gathering great reviews.

Remember what happened? The Oscar for Best Picture went to  LA LA LAND  MOONLIGHT, directed and co-written by Barry Jenkins.  My point is that we're still struggling to not be overlooked and to be included.  Barry Jenkins is also interviewed in this BBC series.

Again, search online for BLACK HOLLYWOOD: THEY'VE GOTTA HAVE US.  The struggle is real.  Thanks a million to my Twitter pal, Lorna Cooper, for bringing this fine BBC series to my attention. Now here's proof that I had a VH1 talk show.

To top this off, here's my interview of Spike Lee when he was promoting one of his best and most blistering works, the 1997 documentary entitled 4 LITTLE GIRLS. I had this piece written, edited and ready two weeks before its scheduled air date on the Fox local weekday morning show, GOOD DAY NEW YORK. I was a weekly contributor on the show for four years.

In the promo for the show that aired in commercial breaks on the channel the day before this piece ran, there was no mention of this Spike Lee interview. There was no other major celebrity segment the show that day.  However, the promo highlighted a weight loss segment and one about getting extra coupon discounts at the supermarket. See what I mean? The struggle to be seen and heard, the struggle to keep our stories visible is real.  Here's the Spike Lee feature.