One night at dinner, a family member asked me about the Kathryn Bigelow "Oscar snub."  I'm still reading entertainment articles and hearing reports about her being "snubbed" by the Academy Awards because she didn't get a Best Director nomination for Zero Dark Thirty, which is nominated for Best Picture.  That same applies to Ben Affleck, who directed fellow Best Picture nominee, Argo.  But I've noticed that entertainment journalists and bloggers haven't called Quentin Tarantino "snubbed" for Django Unchained and Tom Hopper "snubbed" for Les Misérables.  They're up for the Best Picture Oscar but the men behind the camera are not up for Best Director.  For one thing, we can have up to ten nominees for Best Picture again.  There are five nominees for Best Director.  Starting with the Oscars for 1944, the number of Best Picture nominees was reduced from ten to five.  Ingrid Bergman won Best Actress for Gaslight, directed by George Cukor. The psychological thriller earned Charles Boyer a Best Actor nomination. 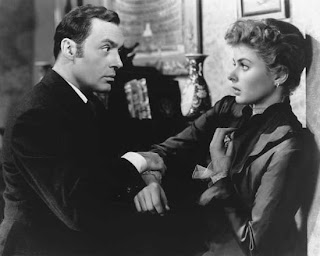 Angela Lansbury swept into the Best Supporting Actress Oscar race as the tart of a house maid. 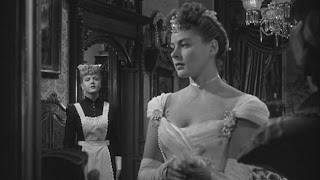 Gaslight was nominated for Best Picture.  No nomination for director George Cukor.  With other classics such as Dinner at Eight, Camille, The Women, The Philadelphia Story, A Double Life, Adam's Rib, Pat and Mike and Judy Garland's critically triumphant comeback in the 1954 musical remake of A Star Is Born on his resumé, Cukor deserved some Hollywood gold.  He got it for directing 1964's My Fair Lady starring Audrey Hepburn. 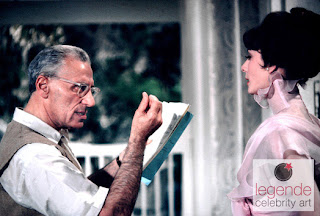 Let's look at the Oscar race for 1954, a quality year for Hollywood films.  Audrey Hepburn was in the close thoroughbred horse race of a Best Actress category that year.  She was nominated for Billy Wilder's Sabrina opposite the favorite, Judy Garland for A Star Is Born, and new Hollywood sweetheart Grace Kelly.  Hard-working, glamourous Kelly had dressed down and gone dramatic in The Country Girl.  Of the five nominees for Best Picture, only two men were nominated for Best Director.  They were Elia Kazan (winner) for On the Waterfront, also voted Best Picture, and George Seaton for The Country Girl.  One of the other Best Picture nominees was Three Coins in the Fountain.  Cukor's A Star Is Born or Hitchcock's Rear Window should've been in its place.  In my humble opinion. 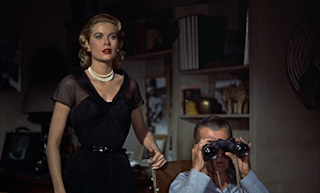 Hitchcock's classic starring Grace Kelly and James Stewart as a couple solving a murder and problems with their relationship did put him in the Best Director Oscar competition. 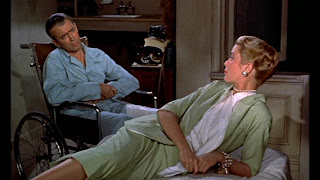 Jaws in 1975 changed and started a whole new Hollywood game of action/thriller summer movie releases.  People paid to get the water scared out of them by this big fish tale more than once.  Steven Spielberg directed Roy Scheider, Richard Dreyfuss and Robert Shaw in a terrific, technically complicated box office blockbuster, smartly adapted from a best-selling novel by Peter Benchley, grandson of humor writer/1940s comic film actor Robert Benchley (Billy Wilder's The Major and the Minor and two Fred Astaire musicals -- The Sky's the Limit and You'll Never Get Rich.)  This is now a classic thriller. 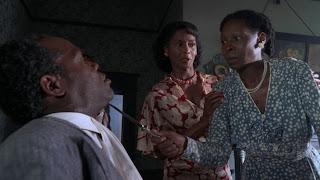 No nomination for Steven as Best Director.  He can tell you a thing or two about being snubbed.  Other directors who guided actors to Oscar nominations in films nominated for Best Picture include Norman Jewison (A Soldier's Story, 1984) and Barbra Streisand (The Prince of Tides, 1991).  They got the movies in the Best Picture race but they weren't nominated for Best Director.

That's just the way the Academy is.  When he was promoting Conspiracy Theory, I asked Mel Gibson about that.  He won what filmmakers Buster Keaton, Howard Hawks, Ernst Lubitsch, Preston Sturges and Alfred Hitchcock never did -- an Oscar for Best Director.  (Keaton and Sturges weren't ever even nominated in that category.)  Gibson won for Braveheart.  He took home another Oscar for producing it, Best Picture of 1995. 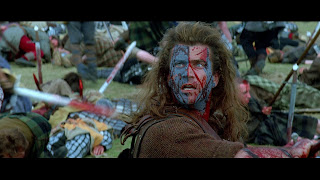 We still had five nominees for Best Picture back in those days.  I asked him if he felt that the Academy should consider changing the rules -- make the five nominees for Best Director automatically the people who directed the contenders for Best Picture.  He said, "No."  Leave the rules as they are.  Gibson's Braveheart beat out Apollo 13. That 1995 hit had multiple Oscar nominations with performers in the Best Supporting Actor and Actress categories.  Plus its Best Picture nomination.  No Best Director nomination for Apollo 13's Ron Howard, veteran actor and accomplished film director (Splash, Cocoon, Backdraft, Parenthood).

My point is -- I think entertainment journalists are making too much of this Kathryn Bigelow and Ben Affleck Best Director Oscar nomination snub.  That kind of exclusion has been happening for over half a century in Academy Awards history.  Maybe they should ask what I asked Mel Gibson -- if the Academy should consider changing the rule for Best Director nominees.  That might make for a fresher angle on the story.  Just a thought.