My previous blog post urged you watch the AMERICAN MASTERS documentary on the late, great actor Raúl Juliá. It was RAUL JULIA: THE WORLD'S A STAGE and it premiered that Friday night, September 13th. I wrote about how seeing his work moved me to my very soul. Not only moved it, set it on fire. In 1988, when I had my own celebrity talk show on VH1, I was humbled and honored to set close to him in the studio and have him as a guest on my prime time show. He was terrific. Classy, witty, interesting, sexy and thankful. Just like other Latino and Black artists who were guests on my show -- Ricardo Montalban, Whoopi Goldberg, Smokey Robinson, Gregory Hines, Carlos Santana -- he knew that for me to have such a national TV show was a giant step that many people may not have realized. I was getting the same quality of guests that you saw the white male hosts on national TV get. Hosts such as Dick Cavett, Charlie Rose, Johnny Carson and David Letterman. I had a great reverence for artists such as Raúl Juliá. He passionately punched a wide hole in the race/color wall in the entertainment industry. He did it with his talent. He, and those other artists of color I mentioned, made it wider so that others, like myself, could follow.  Raúl Juliá was an actor and humanitarian who was definitely ahead of his time. He died way too soon. 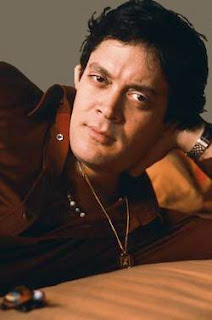 At the end of my blog post, I added a demo reel of my VH1 talk show because there was a clip of Raúl Juliá in it and I am very proud of that. 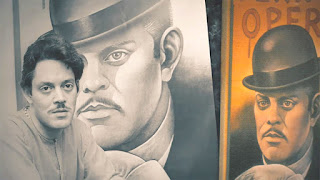 I was watching the premiere of the AMERICAN MASTERS special on Friday night while visiting my sister in the Minneapolis area. All of a sudden, I gasped. I heard a quote that sounded familiar. Then I heard my voice.

That clip of Raúl Juliá from my VH1 talk show had been included in the AMERICAN MASTERS documentary. I did not expect that. My skin tingled, my heart glowed, my eyes filled with tears of pride. I still have a deep reverence for him. 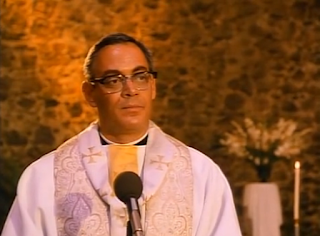 I wrote of my grateful surprise on Twitter. I got a sweet response from one of the show's producers. Producer/Director Ben DeJesus wrote that my clip "was a very important moment in the story we told. Thank you!"

To see someone attach the word "important" to work that I've done … wow. Just … wow.  He gave this Black Catholic dude from South Central L.A. a very early Christmas gift.  Thank you, Ben.

See the AMERICAN MASTER PBS documentary on the remarkable Raúl Juliá.  Click onto this link:  pbs.org/rauljulia.