Treat your ears for a few minutes. This is just a reminder that the extraordinary entertainer, Sammy Davis, Jr., sang more than just "The Candy Man" and "Mr. Bojangles" in the autumn of his career. He was a fine vocalist in earlier years. To prove that, I've got a Davis double play for you. 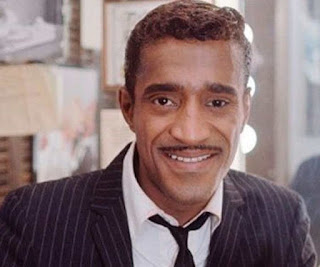 Here's Sammy singing "Hey There" from the Broadway musical, THE PAJAMA GAME.

From a classic 1943 Broadway musical, Kurt Weill's ONE TOUCH OF VENUS, here's Sammy at his best singing "Speak Low." It was introduced on Broadway by Mary Martin. Sammy is accompanied by the brilliant Brazilian guitarist, Laurindo Almeida.

I hope your ears are now happy.