The following actors are members of a small, exclusive and very special club.  The club has its place in Hollywood history.  What do they have in common?  These gentlemen all got Oscar nominations for performances in films that were directed by women:  Giancarlo Giannini in Seven Beauties, Tom Hanks in Big, Nick Nolte in The Prince of Tides, Bill Murray in Lost in Translation, Jeremy Renner in The Hurt Locker and Mark Ruffalo in The Kids Are All Right.

Thursday morning, actor David Oyelowo could become a member of that exclusive, small yet very special club thanks to the director of Ava DuVernay.  She guided him through his outstanding performance as civil rights activist and Nobel Peace Prize recipient Dr. Martin Luther King in SELMA. 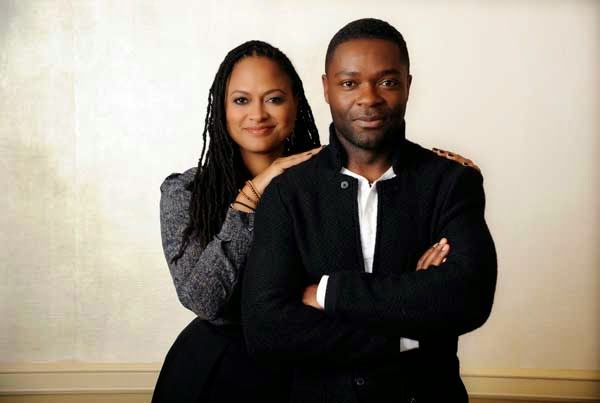 Ms. DuVernay could make Hollywood history herself as the first African American woman to be an Oscar nominee for Best Director. 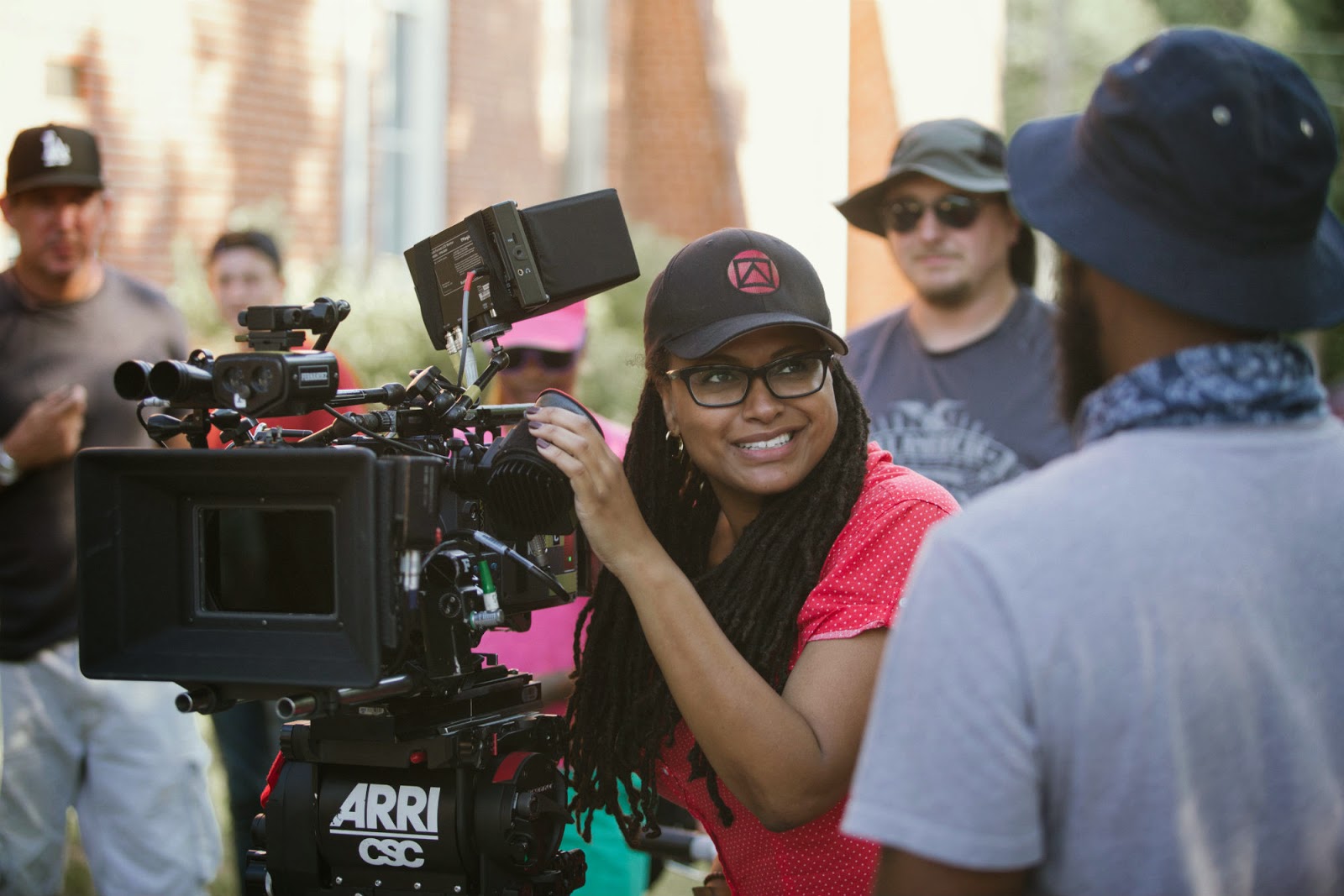 2014 was a year of home runs for the team of Women In Film.  In addition to Selma, two of my other favorite films of last year were also directed by women -- the hugely imaginative modern-day vampire story about a ruthless female vampire in Iran who finds romance in A Girl Walks Home Alone at Night.   That low-budget, black and white thriller came from Ana Lily Amirpour and took us to the Middle East known for disrespect of women and for not treating them as equals.  The Babadook is an Australian modern-day horror story written and directed by Jennifer Kent.  The tale of a single mother, her young child and a demonic presence in their home got high praise from William Friedkin, the man who directed The Exorcist.  I second his emotion.  The Bababook is a scary winner.

Angelina Jolie directed by big World War II biopic, Unbroken.  We follow the young life of Olympics track star-turned-survivor of a brutal WWII Japanese prisoner of war camp, Louis Zamperini.  He was an Italian-American guy from Southern California who endured sheer horror in the war on land, in the air and at sea.  Those other three films directed by women had more soul to them.  They felt more realized.  Jolie did some impressive work but the last act of the film needed more of a payoff.  Her biopic is relentlessly inspirational with motivational phrases like "If I can take it, I can make it."  I agree with the comment on Unbroken from novelist/screenwriter Susan Isaacs (Compromising Positions, Shining Through).  She wrote that the last act felt incomplete, as if it was the story of Jesus and ended with the Crucifixion without a scene that lets you know the Resurrection occurred.

As a biopic, Selma is way more satisfying and it got more critical acclaim than Unbroken.  But then there was some controversy about DuVernay's portrait of President Lyndon B. Johnson in the film when he argued civil rights policies with Dr. King.  President Johnson was played by the excellent Tom Wilkinson opposite fellow Brit, David Oyelowo. 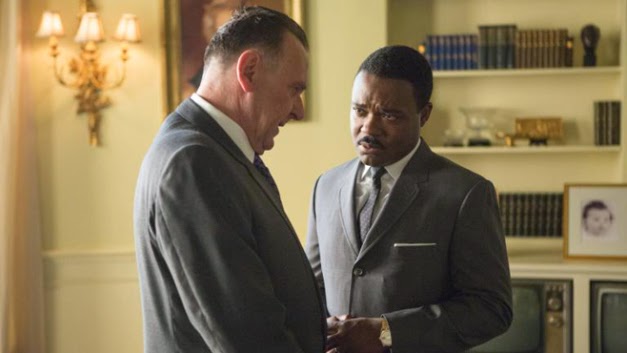 Some complained passionately about a historical inaccuracy regarding LBJ.  Those same people did not complain that Dr. King's speeches in the film were also historically inaccurate.  DuVernay could not get the rights to use his famous speeches.  The rights are owned, reportedly, by Steven Spielberg.  So, she co-write "new" speeches for Dr. King (although she did not receive on-screen writing credit).  As film critic David Edelstein said on CBS' Sunday Morning last Sunday, DuVernay "got 90%" of the LBJ section correct --- and Edelstein called the film "magnificent." 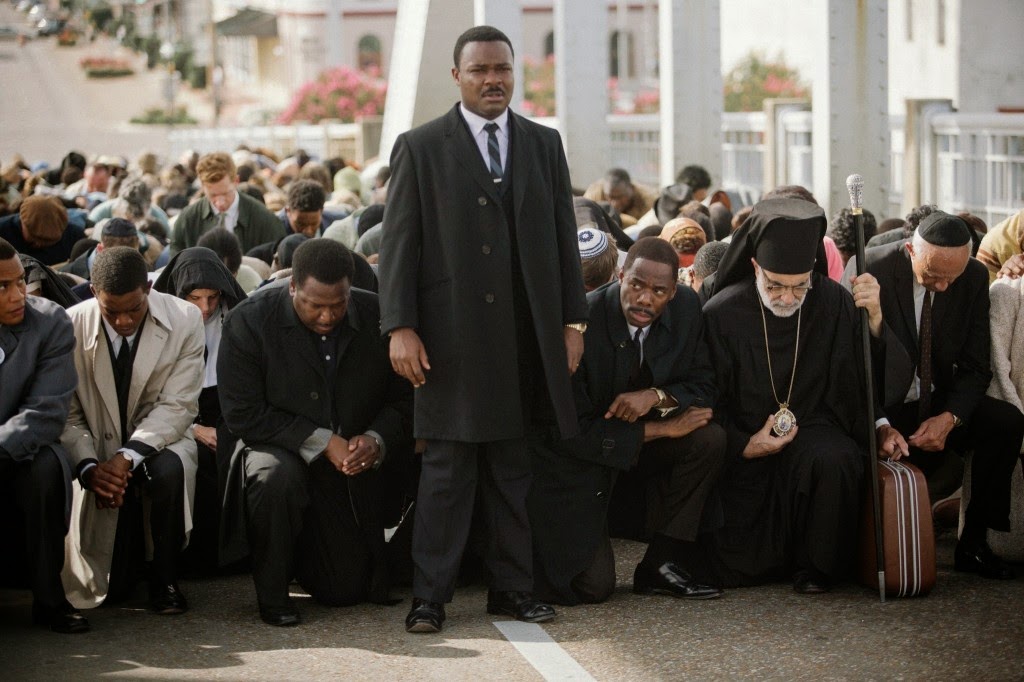 Selma is a feature film.  It's based on historical events and real people.  It's not a 2-hour documentary nor should it be taken as two hours of journalism.  Director/writer Oliver Stone has given us several biopics such as Born on the Fourth of July, the rock music biopic, The Doors, and his presidential biopics, Nixon and W. (about George W. Bush).  Were they all historically accurate?

Stone wrote the screenplay adaptation of the Billy Hayes memoir, Midnight Express.  I've known Billy since the 1970s when his book came out.  He and I attended the same Milwaukee university.  His best-selling memoir detailed his years in and his amazing escape from a dismal Turkish prison when he was in his 20s.  He was jailed for smuggling hash an unjustly decades-long sentence.  The movie was a big box office success.  In it, the very blond Billy was played by dark-featured actor Brad Davis.  Also, Stone took major liberties with Billy's life story.  Billy did not cuss out Turkish officials in court during a heated outburst like he did in the movie.  However, that scene tainted the image of Turkey so severely that it crippled tourism for over 20 years and Turkey blamed Billy personally for it.  Last year, I saw him tell that story and other revelations in his well-reviewed one-man stage show, Riding The Midnight Express with Billy Hayes.  It played New York City and London.

The film Midnight Express was nominated for Best Picture of 1978.  Oliver Stone won the Oscar for Best Adapted Screenplay.